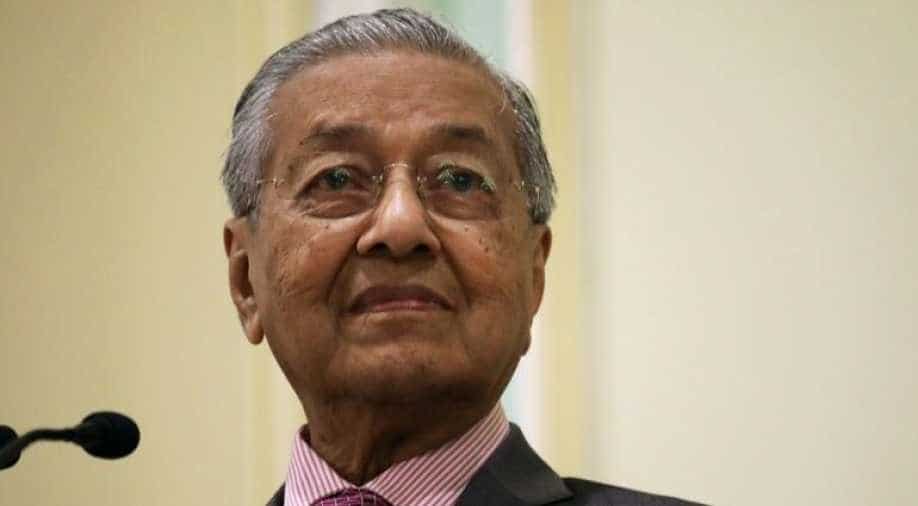 Although the party has yet to be registered and has also not been given an official name, Mahathir said for now the party would be referred to as Bebas (independent).

Former Malaysian Prime Minister Mahathir Mohamad launched a new political party to contest elections against rivals who seized power from him in March.

Although the party has yet to be registered and has also not been given an official name, Mahathir said for now the party would be referred to as Bebas (independent).

A local newspaper called 'The Star Malaysia' reported citing the sources as saying it will be registered as Parti Bersatu Rakyat Malaysia, a similar sounding name to his former party, Parti Pribumi Bersatu Malaysia (PPBM), which expelled him in May.

In a press conference, Mahathir said the new Malay-centric party would not align itself with either of the country’s major political blocs – Prime Minister Muhyiddin Yassin’s Perikatan Nasional or the opposition Pakatan Harapan alliance.

According to sources, the announcement was entirely due to the decision by the High Court earlier in the day on the application by Prime Minister Muhyiddin Yassin and three others to strike out a suit by Mahathir and four other people.

The High Court had accepted Muhyiddin's application to dismiss a lawsuit filed by Mahathir and four others over the revocation of their party membership.

On July 23, Mahathir had said that if the court decision was not in his favour, he would form a new party, 'The Star' newspaper reported.

Mahathir had founded the PPBM in 2016 with Muhyiddin after the two fell out with then Prime Minister Najib Razak.

Mahathir and Muhyiddin became PPBM`s chairman and president, respectively. PPBM later joined other opposition parties to form the Pakatan Harapan coalition and went on to win the general elections in 2018.

Muhyiddin led PPBM to leave Pakatan Harapan, causing the coalition's majority in the lower house of parliament to collapse. He then joined hands with parties that were defeated in the 2018 elections. He was sworn in as Prime Minister on March 1.