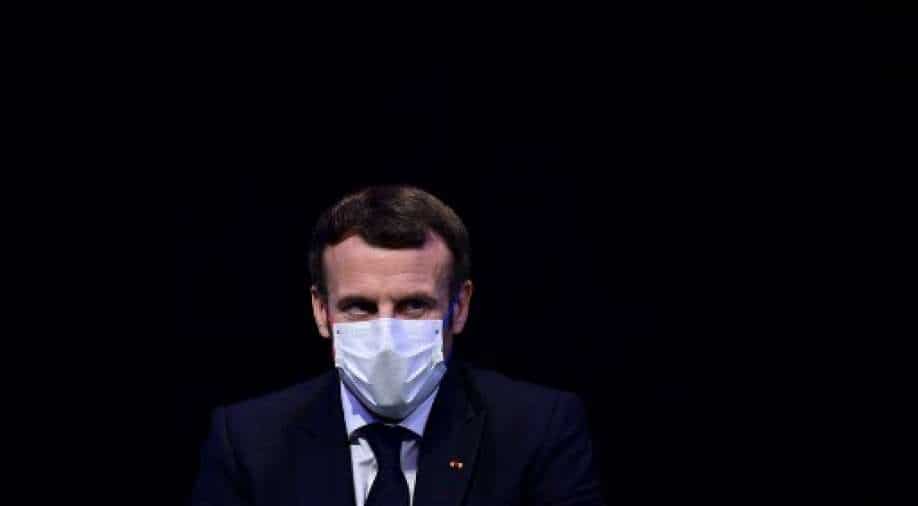 Macron suffered from cough and muscle pain last Thursday as he showed signs of coronavirus and went into self-isolation in the Elysee Palace in Paris.

The French government said on Thursday that President Emmanuel Macron is free of coronavirus symptoms after he tested positive for the virus last week.

"Macron shows no symptoms at this stage, the isolation of the President can therefore end after seven days," the French presidency said.

Macron suffered from cough and muscle pain last Thursday as he showed signs of coronavirus and went into self-isolation in the Elysee Palace in Paris.

The French president's office said he no longer needs to be in self-isolation. The office had said that Macron had shown "signs of improvement" for the first time on Wednesday.

Macron during a self-isolation had said that "we have to be vigilant as the virus is gaining in strength again" even as he continued to work from his official residence and promised to provide daily updates.

France has been hit hard with the virus with 62,000 fatalities with 15,000 new COVID-19 cases in the last 24 hours including 278 deaths even as health authorities have cleared Pfizer-BioNTech coronavirus vaccine on Thursday to be administered nationwide.

The European Union has given the go-ahead for the vaccine inoculations to be carried out from December 27, just after Christmas.

President Macron has however said that the vaccine will not be mandatory even though a draft bill recommended that those who use public transport will have to get the vaccine sparking angry reaction in the country.

France is set to begin COVID-19 vaccination drive from Sunday. Health minister Olivier Veran said, "I say it once again, vaccination is not mandatory."