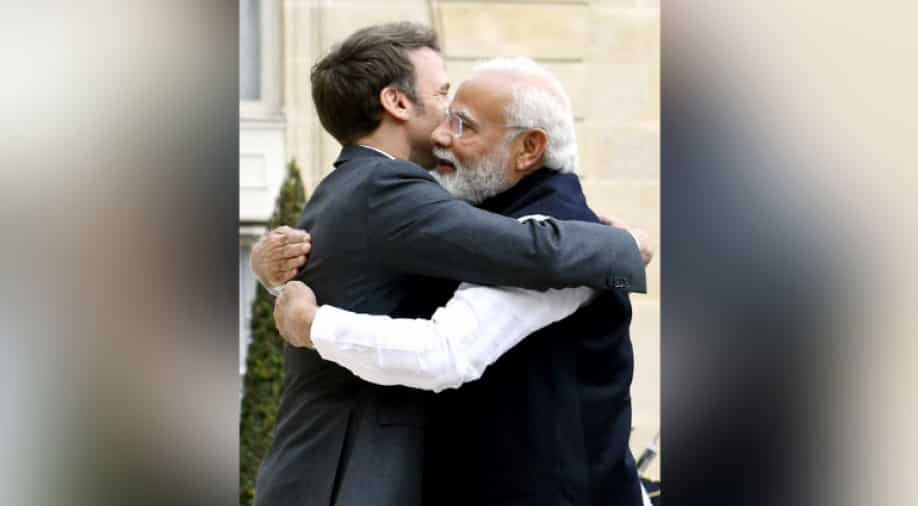 The discussions would also revolve around the Russia-Ukraine war, where India has been maintaining a neutral stance despite pressures from the West to condemn Moscow for its actions.

According to AFP, which has cited Elysee Palace officials, Macron will be hosting a ‘working dinner” for Modi later in the day to discuss ways in which India can reduce its dependence on Russia.

Macron will “emphasise the consequences of the war for the international order well beyond the European Union, including in Asia,” his Elysee Palace office said.

France wants to “help the Indians diversify their supply” away from Russian arms and energy, officials added.

The aim “is not to leave the Indians with no way out, but to offer solutions,” they said.

“Landed in Paris. France is one of India's strongest partners, with our nations cooperating in diverse areas,” PM Modi said on Twitter.

Before leaving for Europe, PM Modi in a statement had said, "President Macron has very recently been re-elected, and my visit just ten days after the result will not only allow me to convey my personal congratulations in-person, but also reaffirm the close friendship between the two countries. This will also give us the opportunity to set the tone of the next phase of the India-France Strategic Partnership."

"President Macron and I will share assessments on various regional and global issues and will take stock of ongoing bilateral cooperation. It is my firm belief that two countries that share such similar vision and values for the global order, must work in close cooperation with each other," he had said.