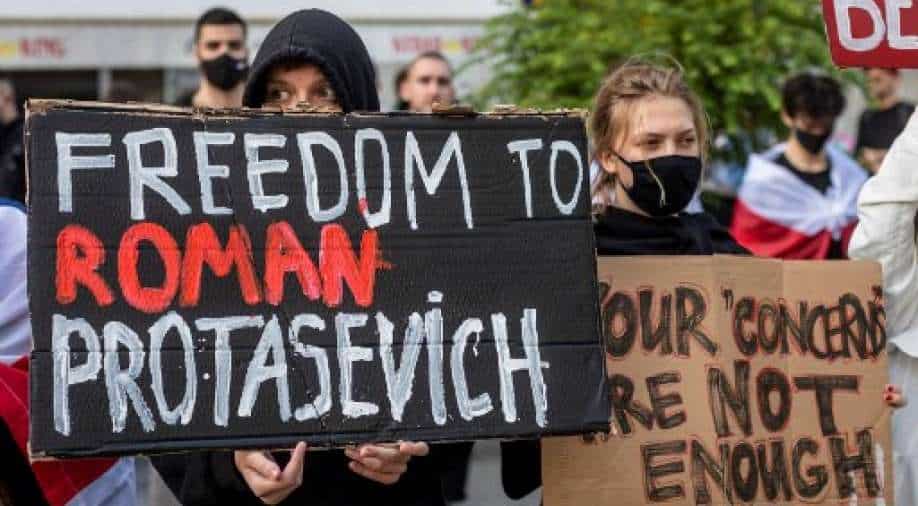 Singapore Airlines, Air France and Finnair have also suspended flights to Belarus even as opposition leader Svetlana Tikhanovskaya said the international community needed to do more

Sweden became the latest country to clamp down on business with Belarus as the furore of the arrest of dissident journalist Roman Protasevich continued on Tuesday.

Singapore Airlines, Air France and Finnair have also suspended flights to Belarus even as opposition leader Svetlana Tikhanovskaya said the international community needed to do more while demanding Belarusian opposition to be invited to next month's G7 summit in Britain.

British Prime Minister Boris Johnson said, "Belarus's actions will have consequences" even as the UN rights office asked for the immediate release of the Belarusian journalist.

"We are shocked by the unlawful arrest and arbitrary detention," UN rights office said.

"The manner, through the threat of military force, in which Protasevich was abducted from the jurisdiction of another state and brought within that of Belarus was tantamount to an extraordinary rendition," it said.

"Such abuse of state power against a journalist for exercising functions that are protected under international law is receiving, and deserves the strongest condemnation," the UN agency said.