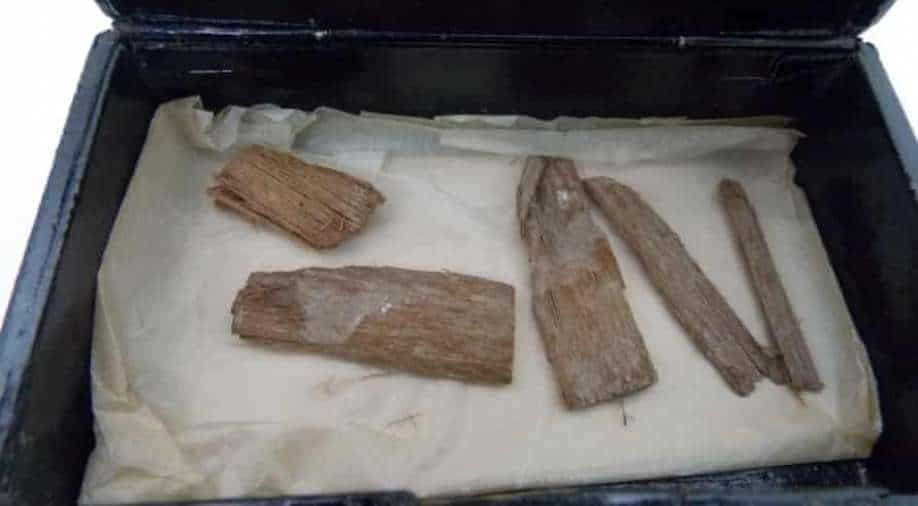 Curatorial assistant Abeer Eladany, originally from Egypt, found it while conducting a review of items housed in the university's Asia collection.

A long-lost artefact from the Great Pyramid of Giza, one of only three objects ever recovered from inside the last remaining wonder of the ancient world, has been found in a chance discovery Aberdeen, a city in Scotland.

The chance discovery was made by a member of staff at the University of Aberdeen during a collection review.

The small fragment of 5,000-year-old wood is one of a trio of items discovered by engineer Waynman Dixon inside the pyramid’s Queens Chamber in 1872.

The piece of cedar -- which is believed may have been used during the pyramid's construction -- was donated to the university in 1946 but then could not be located.

Curatorial assistant Abeer Eladany, originally from Egypt, found it while conducting a review of items housed in the university's Asia collection.

Known as the ‘Dixon relics’, two of them – a ball and hook – are housed in the British Museum, but the wood was missing.

Results have recently been returned and show that the wood can be dated to somewhere in the period 3341-3094 BC.

The cedar fragment originally belonged to a much larger piece of wood, which was most recently seen in a 1993 exploration of the interior of the pyramid.