London elections set to leave British PM May down, but not out 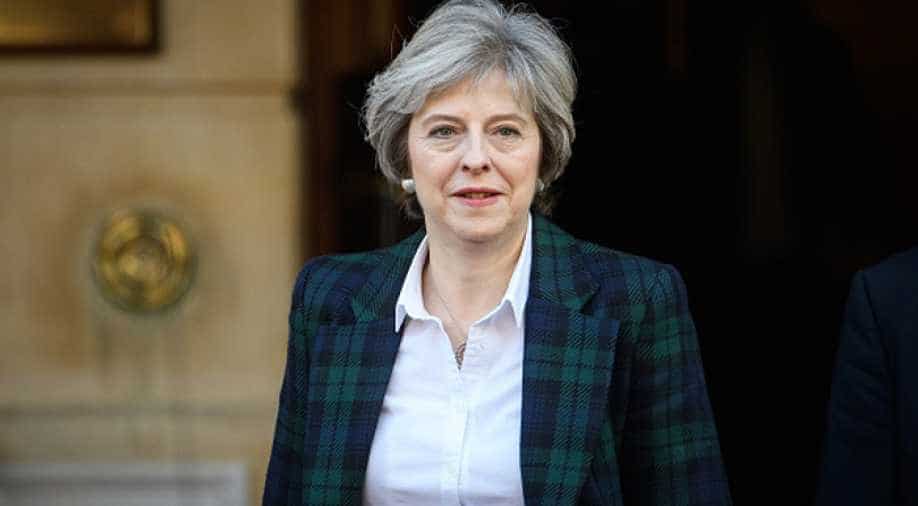 Voters in London are expected to punish Prime Minister Theresa May’s Conservative Party at local government elections this week which could embolden critics of her Brexit strategy, but are not expected to trigger her downfall.

London and some other regions will on Thursday elect the local officials in charge of day-to-day public spending - a vote as much about issues like refuse collection and road repairs as it is about the national debate on immigration and May’s plan to take Britain out of the European Union after a 2016 referendum.

The elections which are seen as a public sentiment and polls

The elections are seen as a bellwether of public sentiment and polls show voters are ready to deliver a critical verdict on both May’s leadership and her party’s eight years spent pursuing a policy of public spending cuts to shore up Britain’s finances.

“A government that’s been in power for eight years with an austerity programme is naturally going to suffer at elections,” said Robert Hayward, a former Conservative lawmaker who now sits in parliament’s upper house and specialises in polling analysis.

A YouGov survey published on April 26 gave the opposition Labour Party, led by Jeremy Corbyn, a 22 percentage point lead over the Conservatives in London, putting it on course for its best performance in the capital for 40 years.

Thursday’s vote will come less than a year after a snap parliamentary election splintered the previously rock-solid foundations of May’s position, stripping her party of its majority in a vote she had expected to win easily.

The result of that general election has been a weakened leadership, open dissent among Conservative lawmakers over exiting the EU and a nagging fear for some investors that her government could fall and be replaced by socialist-led Labour.

Thursday will not directly affect May’s practical ability to govern: the vote does not cause seats in parliament to change hands and the slim working majority she has thanks to a deal with a smaller party will be unaffected.

But a below-par performance will embolden critics in her party and could then complicate the already-difficult task of executing her Brexit plan without making concessions to pro-EU factions, such as agreeing to stay in the EU customs union.

“Politicians always look at the last set of election results and by definition they’re going to look at what happens on May 3 and make a judgement on that,” Hayward said.

“It will have an impact on what has to happen in the budget, ‘Do I take a more militant view in relation to the Customs Union, or Brexit, or nurses, or numbers of policemen?’

The key results in London will be Wandsworth and Westminster, both boroughs with a strong Conservative tradition that are now within reach of Labour.

However, anything short of a total Conservative wipeout is not expected to generate renewed calls for her to quit.

Although her party is deeply divided over Brexit, neither the faction that seeks a clean break from the EU nor those who favour a closer relationship have shown an appetite for a leadership contest before Britain has left the bloc.

Fortunately for May, expectations are low.

London has in recent decades voted more towards Labour, favouring its more liberal policies on immigration and social issues. The Conservatives currently control only eight of 32 boroughs outright.

Labour’s surprise surge in popularity under Corbyn, a crucial factor in May 2017’s election flop, was also strongly felt in London. The party won 54.5 per cent of votes in London last year - more than any other party for at least 70 years.

Factor in deep spending cuts overseen by May and her predecessor David Cameron, and the unpopularity of Brexit in a city that voted 60-40 against it - compared with a 52-48 per cent margin in favour nationally, and some of the remaining Conservative strongholds are expected to be under threat.

But the grim outlook leaves room for May to outperform. Polling suggests her handling of a nerve agent attack against a former Russian double agent in England in March and the decision to take military action in Syria has improved her public image.

Conversely, Labour could gain seats and control of boroughs in London but still fail to live up to the huge expectations generated by last summer’s stronger-than-forecast general election result.

“It’s more difficult for Labour to come out of this doing really well than the Tories given how low the expectations are,” said Tony Travers, a professor at the London School of Economics Department of Government.

While May has gained from recent national and international crises, Corbyn has been criticised by opponents and some in his own party for misjudging the public mood in his responses.

The party has also recently found itself bogged down in a high-profile dispute with the Jewish community over what they say is its failure to stamp out anti-Semitism within the party.

That could affect its ability to get control of winnable boroughs like Barnet, which has the highest proportion of Jewish residents in England at 15.5 per cent according to the latest census data.

Labour activists say that is continuing evidence of the potency of “the Corbyn Project”, and even if headline gains from the Conservatives do not materialise, they have their eyes on a bigger prize.

“We’ve been treating the whole thing as a bit of a general election dry run, really... refining campaigning techniques and trying to come up with new ones,” said Joseph Todd, a spokesman for the influential pro-Corbyn grassroots campaign group Momentum. “This is the next step for the Corbyn Project.”