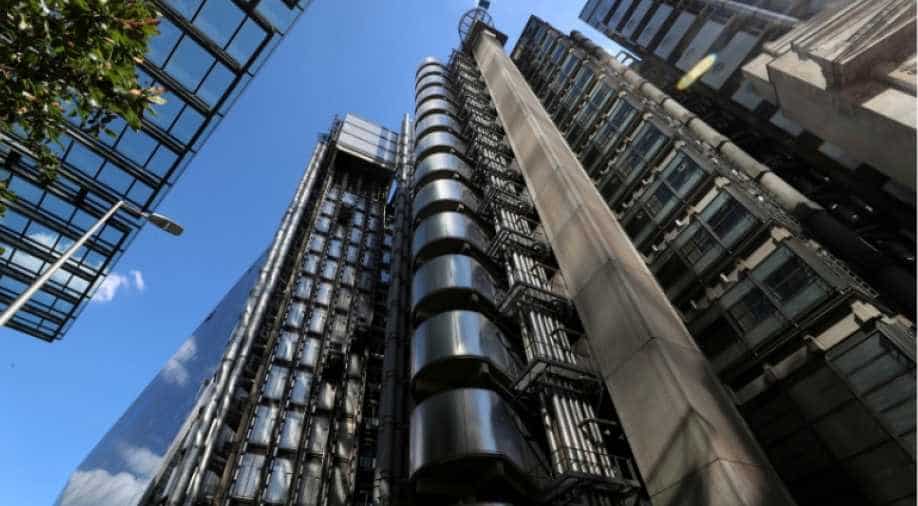 Lloyds of London's headquarters is seen in the City of London. Photograph:( Reuters )

Neal's comments, contained in a statement showing that Lloyd's halved pre-tax losses last year, came one day after it unveiled "a robust plan of action to address reports of sexual harassment in Lloyd's market and create a safe and inclusive working environment".

Bloomberg Businessweek last week reported on "a deep-seated culture of sexual misconduct" at Lloyd's after hearing the experiences of 18 women alleging sexual harassment -- and as the #MeToo movement against such misconduct continues to reverberate across the world.

In response, Lloyd's promised a series of measures, including the "provision of an independently managed, confidential and market-wide access point for reporting inappropriate behaviour".

It would also offer "training focused on prevention, as well as reporting and supporting those who have been subjected to inappropriate behaviour".

Neal on Tuesday said it had been "distressing to hear about the experiences of women in Lloyd's market".

"No one should be subjected to this sort of behaviour, and if it does happen, everyone has the right to be heard and for those responsible to be held to account," he added.

Neal's predecessor Inga Beale, Lloyd's first and only female CEO, had "met resistance at every step" in her attempts to turn around the "deeply backwards-looking" culture during her five years at the helm, according to Bloomberg.

Elsewhere Wednesday, Lloyd's reported a pre-tax loss of £1 billion ($1.3 billion, 1.2 billion euros) for 2018 as the 333-year-old company paid out heavily on a series of natural disasters.

The group had posted a loss before tax of £2 billion in 2017 following a series of devastating hurricanes.

In 2018, "several large natural catastrophes, including hurricanes Florence and Michael, Typhoon Jebi in Japan, as well as the Californian wildfires" cost Lloyd's market £2.9 billion, it said in a statement.

Lloyd's latest annual loss comes as the company prepares for life after Brexit, with the opening of a Brussels subsidiary.

"Lloyd's is... ready for Brexit through its new Brussels subsidiary, which is fully operational and writing risks," it said Wednesday.

"This provides certainty for our customers in the European Economic Area (EEA) that they can continue to access Lloyd's insurance products, services and expertise."

US President Donald Trump's gold-trimmed helicopter is up for sale