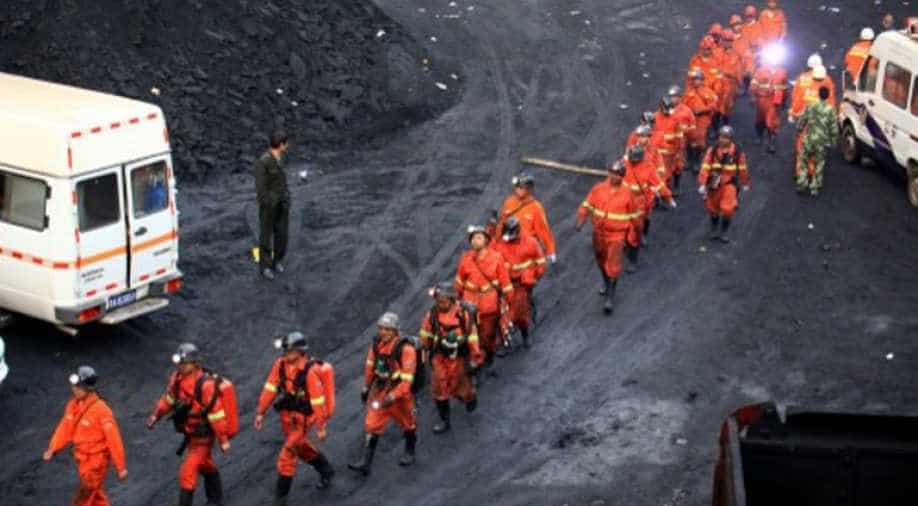 The poisonous gas inside the tunnel has hampered the rescue work. Photograph:( AFP )

Poisonous gas inside the tunnel has hampered the rescue work ||The Governor of Golestan province said 32 miners had been trapped at the end of one of the shafts 1,300 meters deep into the mine

Rescue workers recovered 21 bodies from a coal mine in northern Iran after an explosion caused a tunnel to collapse on Wednesday, news agencies reported.

Reza Bahrami, a mining industry official in the province of Golestan where the accident occurred, said the 21 bodies were those of miners who went into the tunnel to try to save colleagues, including many who were trapped.

"Some 600 metres (yards) of the tunnel has been cleared" and emergency crews were still at work in the mile-long Zemestan Yort mine, Bahrami added.

"Thirty-two miners have been trapped at the end of one of the shafts 1,300 metres deep into the mine," Golestan governor Hassan Sadeghlou said, quoted by state media.

Poisonous gas inside the tunnel has hampered the rescue work.

There was little hope of finding any survivors at the mine, a rescue official said Thursday.

"The hope of finding the remaining 14 miners still alive is now minimal," Sadegh-Ali Moghadam, emergencies director of Golestan province, was quoted as saying by the official Irna agency.