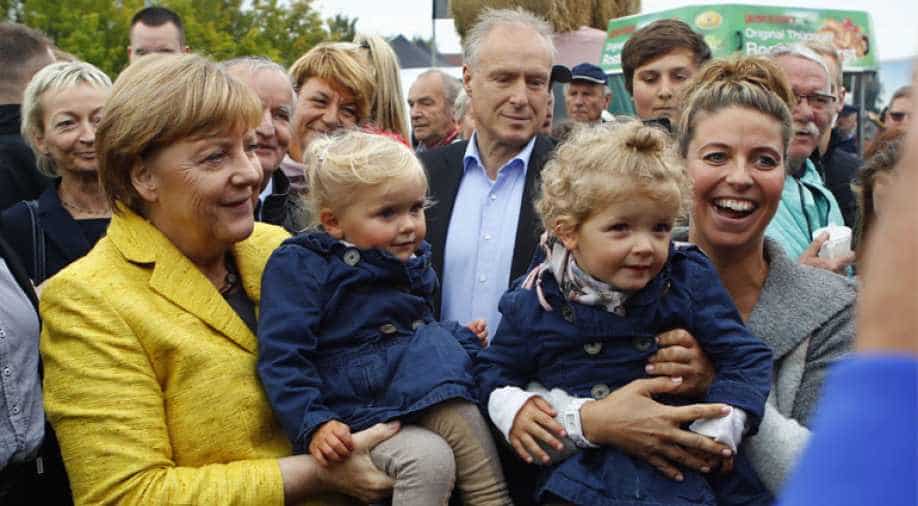 Many details of the life of German Chancellor Angela Merkel have been in the public domain for years. That she belongs to the Uckermark -- a region in Germany's Brandenburg which was formerly the German Democratic Republic or East Germany -- but was born in the west German harbour town Hamburg. We also know that she graduated in physics and worked as a research scientist before she entered politics.

Today, she is known as the most powerful woman in the world. Angela Merkel is slated to win a record fourth term and remains -- a likeable, humble personality endowed with sharp political prowess.

WION's Padma Rao Sundarji compiles some not so well-known facts and some of the Powerfrau’s softer sides.

The Legend of Paul and Paula, a 1973 German movie in which the heroine dies, leaving behind her lover and three children, is her favourite film.

She is partly of Polish descent -- her maiden name was Angela Kazmierczak -- which, after the family moved to Germany, became Kasner.

She bought her first Beatles record  in Moscow, lived in a crumbling apartment in communist East Berlin and even had a job as a barwoman in a discotheque.

Six books including one titled “50 Shades of Angela Merkel” have attempted - not very successfully - to unveil her fiercely guarded private life and earlier one as an East German.

Angela Merkel is a member of the Communist Youth Movement, during which she is said to have been in charge of propaganda at an academy of sciences.

Italy is a favourite holiday destination and she vacationed there recently with her grandchildren.

The "Iron Chancellor" is known to possess mean baking skills:  her plum cake, meatloaf and potato soup are renowned for their perfection.

She goes shopping for groceries herself whenever she can, even queuing up at check-out counters.

The Chancellor is frightened of dogs since she suffered a dog-bite in the mid-Nineties.

She was originally married to a fellow student of physics, Ulrich Merkel. The couple divorced in 1983. A year later, she married Joachim Sauer, a notoriously shy theoretical chemist. The couple have  two sons from Mr Sauer's earlier marriage.

Chancellor Merkel's characteristic steepling of her hands, known as the "Merkel-Raute is seen on many pictures. It even has its own emoticon.

It may have started as a dig by her political opponents but the term ‘’Mutti” (mummy) is often used affectionately by Germans when they speak of their Chancellor.

WATCH | 'I think my race is the superior one': White Texas teacher told students