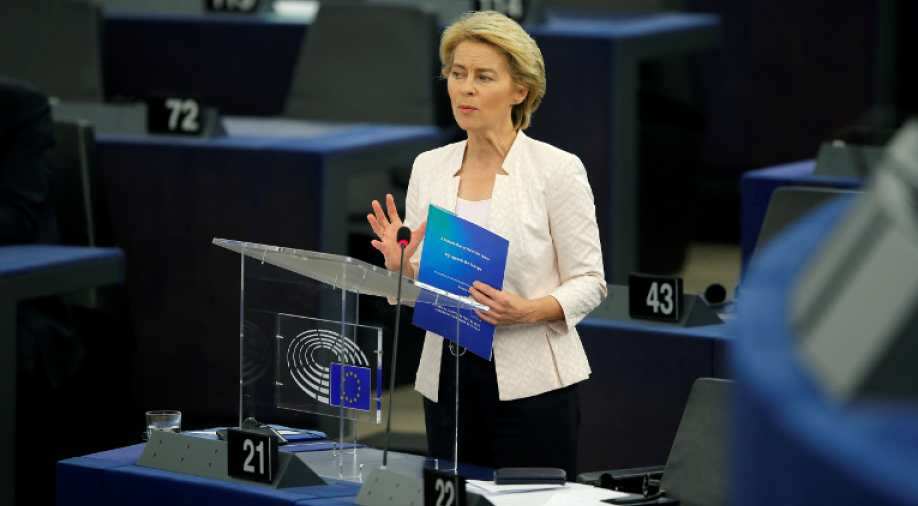 The Brussels-born political blueblood and London School of Economics graduate is the only minister to have served with Merkel since the beginning of her marathon reign in 2005.

The 60-year-old ex-defence minister will replace Jean-Claude Juncker as president of the European Commission after the vote in Strasbourg assembly.

"The secret to happiness is freedom. The secret to freedom is courage. Let's have courage together," she urged lawmakers, citing the ancient Greek historian Thucydides.

"A speech is just a speech, it's limited," she admitted, urging members to consult a hastily put together manifesto designed to answer demands from conservative, socialist and liberal pro-European parties.

She promised: "A climate-neutral Europe in 2015. A more social and competitive Europe. A Europe that makes use of its full potential.

"A Europe that has a new push on European democracy and a strong Europe that protects our European way of life."

Von der Leyen had had only a short time since the 28 EU leaders nominated her to win over the main centre-right EPP, socialist S&D and liberal Renew Europe blocs she hopes will get her the necessary 374 votes.

The Brussels-born political blueblood and London School of Economics graduate is the only minister to have served with Merkel since the beginning of her marathon reign in 2005 and previously ran the family affairs and labour ministries.

A life-long high achiever, she has at times drawn envy and animosity for her best-in-class style. But she has played up the persona of a super-mum with iron discipline in her campaign for the top EU job.

She was once dubbed "the soloist" for her go-it-alone style, and a recent opinion poll by Bild am Sonntag newspaper rated her as the second-least popular member of Merkel's cabinet.