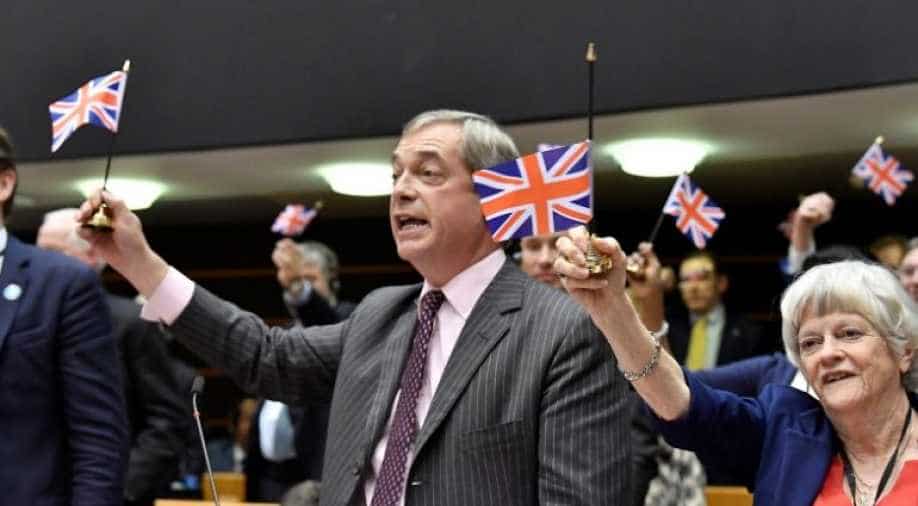 Britain's Brexit-day front pages expressed both joy at the country's imminent departure from the European Union and remorse and trepidation on Friday as the UK prepares to go it alone after nearly half a century as part of the bloc.

"Yes, we did it!" said the "Daily Express" tabloid, a fervent campaigner for Britain to leave the EU.

The headline was imposed over a map of the UK made up of front pages from the newspaper from the 43 months since the June 2016 vote, which saw three Brexit deadlines come and go before the British parliament finally ratified the divorce agreement.

"A new dawn for Britain," said its rival and fellow Brexit-supporting tabloid The Daily Mail. "At 11pm our proud nation finally leaves the EU, still a friend of Europe, but free and independent once more after 47 years."

The left-leaning Guardian was more circumspect, leading its front page with the words "Small Island" and describing Brexit as "the biggest gamble in a generation".

"PM wants Canada-style trade deal with Brussels," said the Times, leading with an article on Boris Johnson's attempts to flesh out his ideas for a free trade agreement along the lines of a recent EU deal with Canada.

"Britain bows out of EU with a mixture of optimism and regret," said The Financial Times.

"It's been quite a ride," splashed the business City AM paper over a mock-up of a roller coaster carriage filled with prominent faces from the Brexit saga, including a sombre-looking Angela Merkel and a jubilant Brexit Party leader Nigel Farage holding aloft a glass of beer.

"This is not an end but a beginning," said the Daily Telegraph, carrying remarks from Prime Minister Boris Johnson ahead of a special cabinet meeting Friday in Sunderland, a city in northeast England that voted heavily for Brexit.

The tabloid Daily Mirror gave most of its front page to the news that 150 Britons were in quarantine over coronavirus fears. On a smaller section of the page titled "Brexit Day", it said "Now it's time to bring country back together."

In Scotland, where a majority of voters chose to remain in the bloc, the headlines were less jubilant.

In Edinburgh, The Scotsman went with "Farewell, not goodbye", above the word for farewell in 24 European languages.

Despite the momentous occasion, one English tabloid could not resist a joke.

"Tonight is a truly HISTORIC MOMENT for our great nation," read the front page of The Daily Star "....That's right, it's the end of Dry January!", referring to the increasingly popular practice of giving up alcohol for the first month of the year.