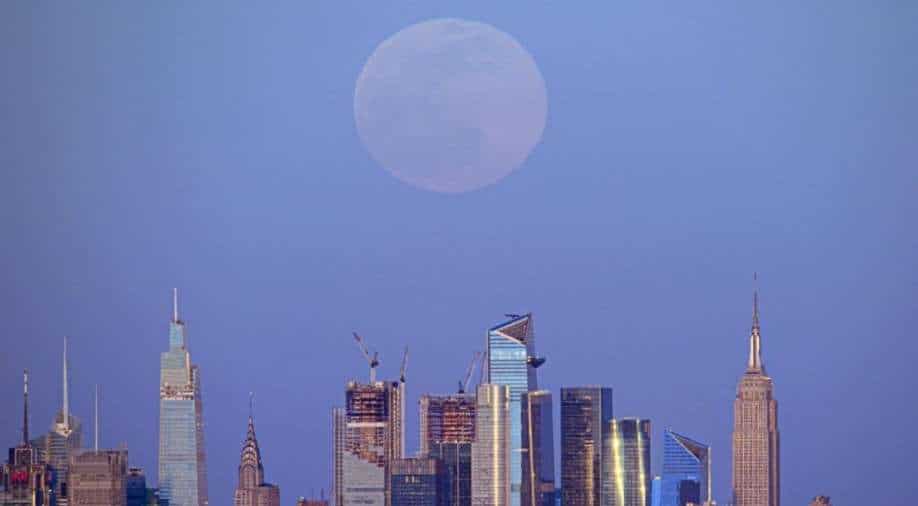 The invasive pest from Asia had arrived in the United States seven years ago and in New York City last year. After arriving, it immediately landed in the Most Wanted list of local environmentalists

A new predator has been spotted in New York City, known as the lanternfly.

New York residence Damian Biollo went to Hudson Yards with his wife to meet up with a drawing group, when he noticed something out of context and quite beautiful.

At that moment, Mr Biollo knew that he was in the presence of something insidious. After two attempts, he managed to squash it.

As a software engineer who follows a lot of naturalists online, Mr Biollo correctly identified what he was looking at as a spotted lanternfly.

The invasive pest from Asia had arrived in the United States seven years ago and in New York City last year. After arriving, it immediately landed in the Most Wanted list of local environmentalists.

“I spent 10 minutes stomping around and looking for them, and I killed eight," Mr Biollo was quoted by the New York Times. He further added that “I honestly felt like I was in a twisted video game. I killed eight and I thought maybe I could get to a high score of 10.”

The beautiful yet tiny creature with two pairs of wings, of which, the front set a pale grey elegantly dotted in black, and the backset smaller and accented in bright red, was a problem because of many reasons.

The creature zealously feeds on the sap of more than 70 plant species, leaving them susceptible to disease and destruction from other natural antagonists, threatening to set back the fight against climate change.

In Pennsylvania, the issue is taken so seriously that the state issued a Spotted lanternfly order of quarantine and treatment.

This imposes fines and even potential criminal penalties on anyone who intentionally moves the bug, at any stage of its life, from one sort of location to another via “recreational vehicles, tractors, mowers, grills” as well as “tarps, mobile homes, tile, stone, deck boards” or “fire pits.”

The last time the city faced a threat of this kind was approximately 15 years ago, when the Asian long-horned beetle made its incursions, having entered the country in wooden packing materials.

Half of the trees in New York were vulnerable to it, and the invasion resulted in huge deforestation.

First sighted in Brooklyn in 1996, the beetle was not fully eradicated from the city until 23 years later.