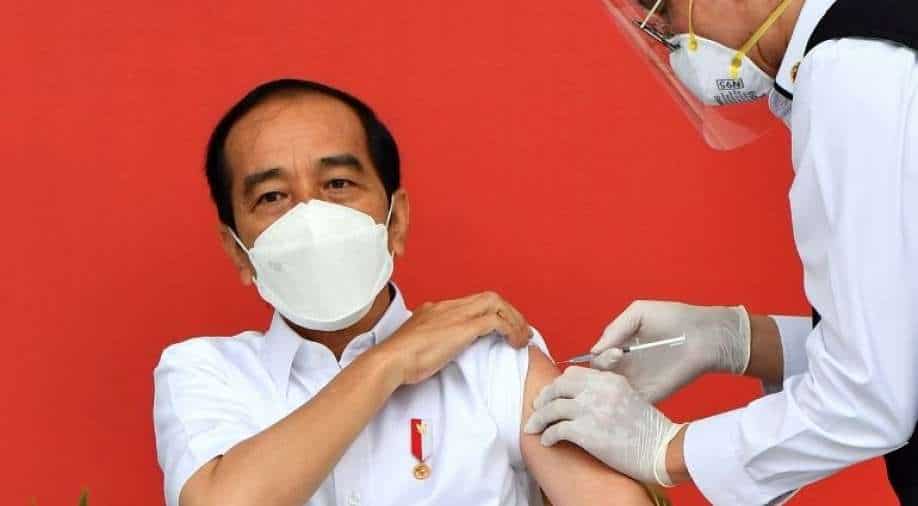 Indonesian President Joko Widodo receives a shot of the coronavirus disease (COVID-19) vaccine at the Merdeka Palace in Jakarta, Indonesia Photograph:(Reuters)
Follow Us

Owing to a poor literacy rate, classified documents have been leaked in the past too. This time, Joko Widodo’s leaked vaccine certificate, has raised alarms

The Covid certificate of Indonesia’s President was leaked online, highlighting the poor state of cybersecurity in the country.

Owing to a poor literacy rate, classified documents have been leaked in the past too. This time, Joko Widodo’s leaked vaccine certificate, has raised alarms. His certificate was leaked online as it showed his censored ID number and the date and time when he got vaccinated.

This data was accessed by hackers through the official vaccine monitoring app called PeduliLindungi, government reported.

“Certain people have accessed the vaccine certificate of Mr. Joko Widodo by using a vaccine check feature available in Pedulilindungi,” a statement from the government read.

As the locals looked at the Communication and Information Ministry for explanation, the ministry shifted the blame to General Commission of Elections as they claimed the data was accessed via their website.

This incident has highlighted the failure of the government in keeping sensitive documents and information safe. This has happened a few days after encryption provider vpnMentor reported that data of more than 1.3 million users of government’s test-and-trace app has been hacked. This also informed personal information and Covid test results of several passengers.

"Data breaches happen more frequently in Indonesia because of the very high digital penetration in Indonesia which unfortunately is not followed by proper digital awareness from those who are managing the data," cyber-security analyst Alfons Tanujaya in Jakarta tol news agency AFP.

US officials suspect Israel’s involvement in drone attack on Iranian 'workshop': What we know so far