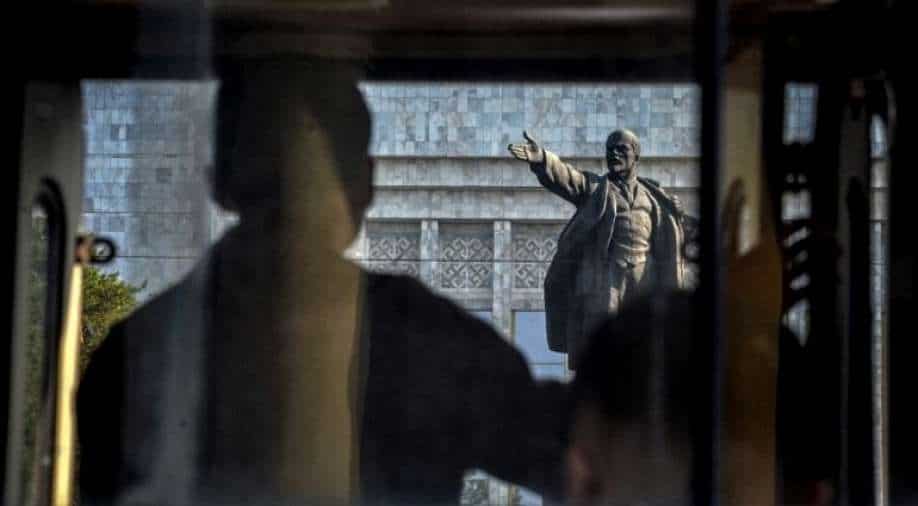 The Kyrgyz interior ministry said that casualties on its side had risen to over 160 with 34 deaths, 31 of whom were civilians

Kyrgyzstan said a ceasefire with Tajikistan was holding on Sunday, as it accused citizens from its Central Asian neighbour of crimes during the pair's worst clashes at their contested border in decades.

The Kyrgyz interior ministry said that casualties on its side had risen to over 160 with 34 deaths, 31 of whom were civilians.

The ministry also said it had opened 11 criminal cases targeting citizens of Tajikistan in connection with the violence, including investigations into murder and illegal border crossings.

Clashes between communities over land and water along the long-contested border are regular occurrences, with border guards often getting involved.

But the violence that erupted on Thursday was by far the most serious during the ex-Soviet pair's 30 years of independence.

Tajikistan, a closed authoritarian state, is understood to have also suffered casualties and damages, but has made far fewer statements on the conflict.

By Thursday evening a ceasefire deal had been drawn up, but Kyrgyzstan acknowledged that both sides had continued shooting on Friday and Saturday, before the national security chiefs met to reinforce the ceasefire on Saturday afternoon.

Since then "no incidents of shooting have been registered," a spokesman for Kyrgyzstan's national security committee told AFP by telephone at 1100 GMT, describing the border as "quiet, peaceful, calm".

There was no immediate indication that progress had been made delimiting disputed sections which account for more than a third of the 971-kilometre (604 mile) border between the countries.

Kyrgyzstan on Sunday also accused Tajikistan of mistreating 10 citizens it said were taken hostage during the conflict before being released on Saturday evening.

The people, including the head of one of the border villages, were left bruised after being "beaten with sticks" during their abduction, Kyrgyzstan's health minister Alymkadyr Beishenaliyev said.

"They showed us their bruises. We put nine of them (in hospital), one went to find his family," the minister said.

More than 30,000 Kyrgyz citizens were evacuated during the conflict that Kyrgyz authorities said saw dozens of homes burned on their side of the border.

Both Russia, which maintains military bases in the country, and neighbouring Uzbekistan said they were prepared to mediate in the conflict.

The clashes followed tensions between Kyrgyz and Tajiks over a key piece of river infrastructure on Wednesday.