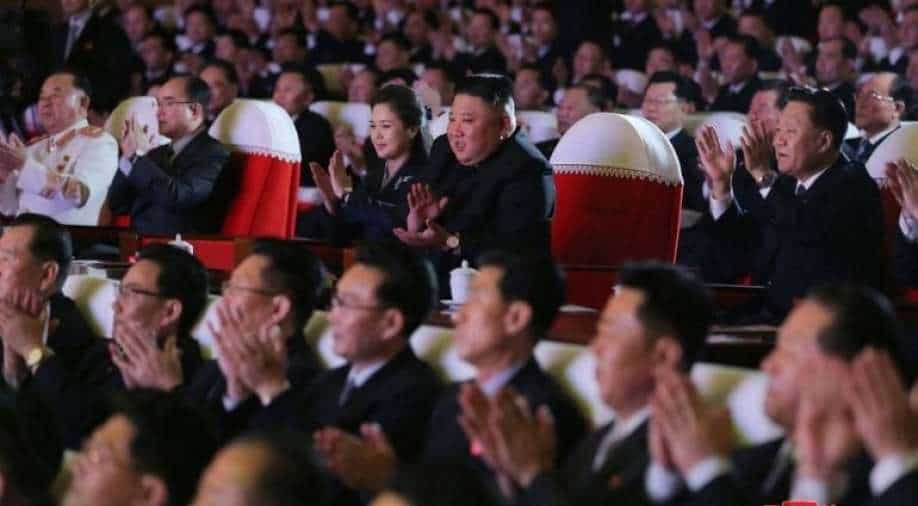 Ri Sol Ju, was seen with the North Korean leader at a concert commemorating the birthday of his father and predecessor Kim Jong II

Ri Sol Ju, was seen with the North Korean leader at a concert commemorating the birthday of his father and predecessor Kim Jong II.

Also read | Inside 'Assassins': A documentary that talks about the strange murder of Kim Jong Un's half-brother

The birthday of former North Korean dictator is known as the Day of the Shining Star and is one of the nation's most important public holidays.

Kim Jong Un and his wife were seen smiling and praising the performers at the concert in Pyongyang in the photos published by North Korea's official Rodong Sinmun newspaper.

"As the General Secretary came to the auditorium of the theatre together with his wife Ri Sol Ju amid the welcome music, all the participants burst into thunderous cheers of 'Hurrah!'" the official KCNA news agency said.

Ri was last seen publicly in January 2020 at an event marking the Lunar New Year holiday and speculations were high that either she wants to avoid coronavirus infection or is pregnant.

The photos and report came a day after South Korea's National Intelligence Service told lawmakers that Ki was "playing well with her kids" and avoiding public events due to the pandemic.