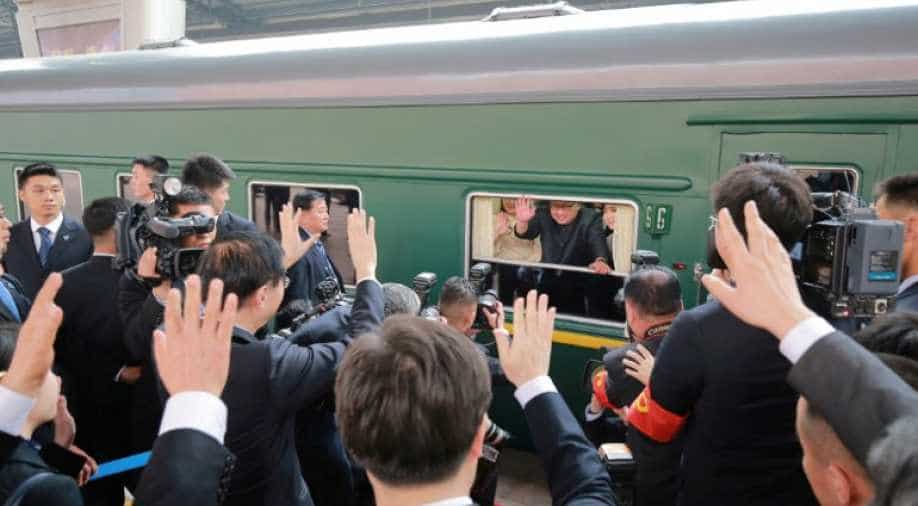 It was a train that alerted the world to the fact that North Korea's supreme leader Kim Jong-Un might be in Beijing. The dark green train with yellow piping has been "in the family" for generations.

Kim's father, Kim Jong-Il, did not like flying. So he used the train instead.

News reports say he had fresh lobster delivered to the train everyday, and French wine flown in from Paris. The reports quote foreign officials who had the rare chance of travelling on the train as saying it was possible to order any Korean, Chinese, Russian, French, and Japanese dish on the train.

The elder Kim made about a dozen trips abroad. Most of them to China and all of them by train.

Kim's grandfather and North Korean founder, Kim Il-Sung, took the train all the way to eastern Europe in 1984.

Reports from Kim Jong-Il's time say that when he stepped out in his train, a total of three trains would travel with him. An advance security train that also checks on the condition of the tracks, a train carrying the leader, and a train that follows with additional security and supplies.

The trains' carriages are all bulletproof. That also makes them heavier, which means they travel no faster than 60 kilometres per hour.

And planes and helicopters fly overhead to provide even more security.

The reports say that 20 train stations have been built across the secretive country just for the leader’s personal use.

The reports add that when bored, a group of female entertainers aka lady conductors would sing to Kim Jong-Il in Korean and Russian.