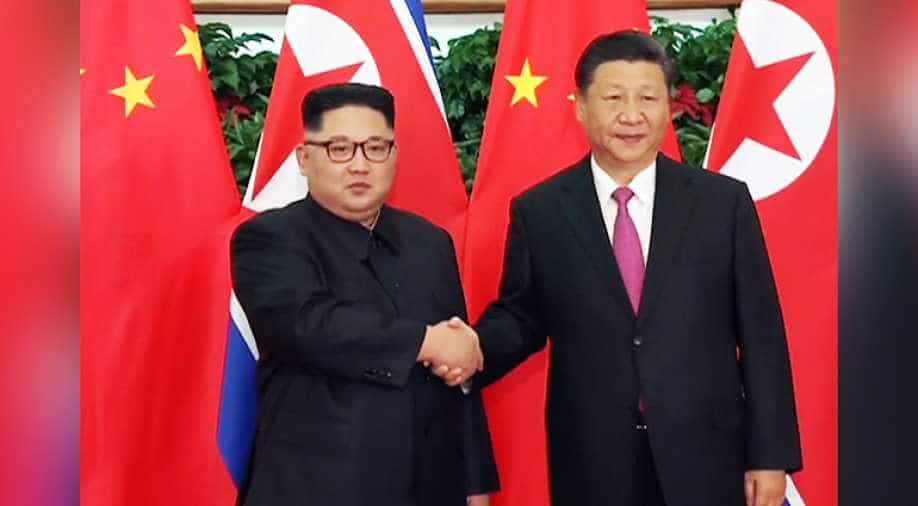 North Korean dictator Kim Jong Un's right-hand man met with US President Donald Trump at the White House on Friday to deliver a letter from his leader that could pave the way to a historic nuclear summit.

Kim Yong Chol, vice chairman of North Korea's ruling party executive and a veteran regime insider, arrived for his Oval Office encounter accompanied by the senior US officials who have overseen an extraordinary diplomatic opening.

Both sides have committed themselves to the "denuclearization" of the Korean peninsula, but it is far from clear if Trump's mission to secure Pyongyang's complete disarmament can be aligned with Kim's quest to win international respect and protection.

On Thursday, after talks with Kim Yong Chol in New York, US Secretary of State Mike Pompeo expressed confidence that the process was moving in the right direction, but warned that the North's young leader must be bold enough to make a "strategic shift" in understanding that he will be safer without nuclear weapons.

On the same day in Pyongyang, Kim Jong Un told Russia's Foreign Minister Sergei Lavrov that his commitment to denuclearization remains "unchanged and consistent and fixed," but experts warn that he will likely seek deep concessions from Washington.

In particular, he wants a formal end to the Korean conflict and is likely to seek international recognition and guarantees against any strike by the US forces stationed across the Demilitarized Zone (DMZ) in South Korea.

US officials said that at the White House, Kim Yong Chol would deliver a letter that may not clear up all the questions about the agenda but may bring the planned Singapore meeting a step closer.

The delivery comes only a week after Trump threatened to consign the entire process to history, abruptly cancelling the summit in a sharply-worded letter, only to revive preparations shortly afterwards.

Since that short-lived crisis, diplomats from both countries have conducted an intense flurry of talks, culminating this week when Pompeo sat down in New York with Kim's envoy.

"It will take bold leadership from Chairman Kim Jong Un if we were able to seize this once in a lifetime opportunity to change the course for the world," Pompeo said Thursday.

"President Trump and I believe Chairman Kim is the kind of leader who can make those kind of decisions, and in the coming weeks and months, we will have the opportunity to test whether or not this is the case."

Strategic shift
Pompeo also said that, after what have now been two meetings with Kim Jong Un and three with Kim Yong Chol, he believes the North is at least ready to consider addressing US demands for denuclearization.

"I believe they are contemplating a path forward. They can make a strategic shift. One that their country has not been prepared to make before. This will obviously be their decision," he said.

US officials now expect the summit to go ahead, but they want Pyongyang to accept that nuclear disarmament be at the heart of the discussion -- and warn there can be no end to sanctions without it.

Asked whether the answer would come on Friday in the letter, Pompeo said he did not know but added: "We have made real progress in the last 72 hours toward setting the conditions."

"The conditions are putting President Trump and Chairman Kim Jong Un in a place where we think there could be real progress made by the two of them meeting," he said.

Russia urges caution
The flurry of diplomacy has also seen a rapprochement on the Korean peninsula, with the two Koreas holding high-level talks Friday at the border truce village of Panmunjom to discuss their ongoing efforts to improve ties.

The meeting followed two landmark summits between the leaders of North and South Korea in the last five weeks.

The two Koreas agreed to hold more meetings throughout this month to carry out the agreements reached between their leaders at the April summit, a joint statement said following Friday's talks.

Even as the summit preparations continued, Japan on Friday said it had reported to the United Nations a suspected North Korean sanctions violation involving a ship-to-ship cargo transfer.