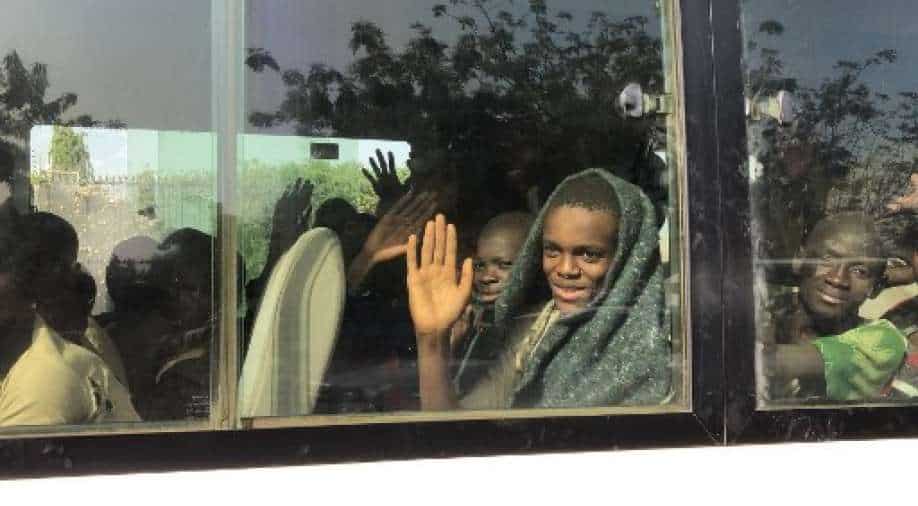 A gang last week had seized 53 people, including 20 women and nine children, who were travelling on a state-owned bus in Kundu village in Niger.

Kidnappers have released 53 people including women and children they seized on a bus in Nigeria, local authorities said, while dozens of others taken from a school in a separate incident are still missing.

Criminal gangs known locally as "bandits" in northwest and central Nigeria have scaled up attacks in recent years, kidnapping, raping and pillaging.

A gang last week had seized 53 people, including 20 women and nine children, who were travelling on a state-owned bus in Kundu village in Niger State.

"I was delighted to receive the 53... bus passengers who were abducted by armed bandits a week ago," the governor of Niger State, Abubakar Sani Bello, said in a tweet late Sunday.

It is unknown if a ransom was paid but state representatives have previously said they would not pay any.

"We went through one week of dialogue, consultations, hard work and sleepless nights because we had to secure their release within the shortest possible time," the governor's spokeswoman, Mary Noel-Berje, said in a statement.

The freed bus passengers were receiving medical checkups before being reunited with their families, she added.

In a separate incident, 42 people including 27 schoolboys were abducted from a school last week, and are still missing.

"The Students of the Government Science College Kagara, are still in the hands of their captives but that everything is being done to ensure their release," Noel-Berje said.

A plane that was scheduled to take part in a surveillance mission in connection with a possible rescue operation crashed on Sunday near Nigeria's capital Abuja, killing seven people.

Gunmen last week killed 10 people and abducted at least 23 others in two separate attacks in the state.

"We are witnessing these attacks now, almost, on daily basis and it is worrisome," Noel-Berje said at the time.

Bandits are known to hide in camps in Rugu forest, which straddles Zamfara, Katsina, Kaduna and Niger states. Despite the deployment of troops, deadly attacks persist.

The gangs are largely driven by financial motives and have no known ideological leanings.

But there is growing concern they are being infiltrated by jihadists from the northeast who are waging a decade-old insurgency to establish an Islamic state.