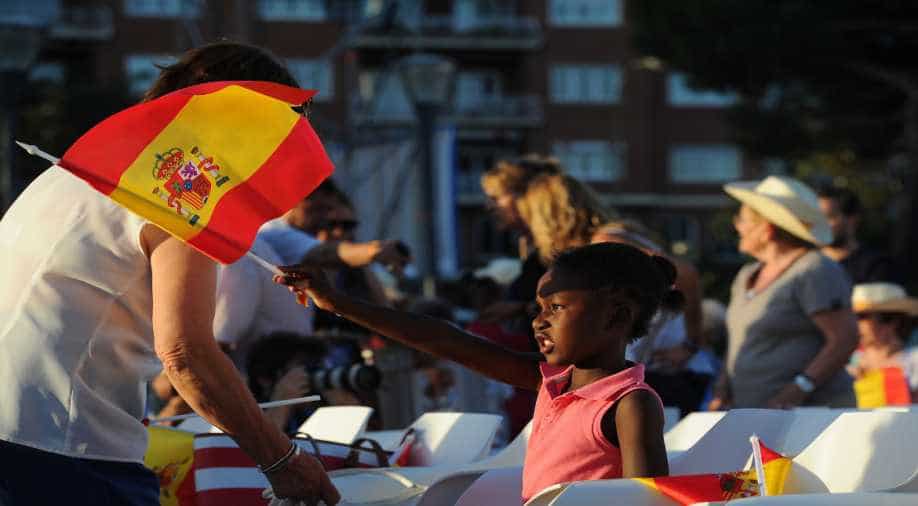 Voters have the choice between four major political groupings after the emergence of Podemos and centre-right upstart Ciudadanos last year uprooted the country`s two-party dominance, but most opinion polls suggest another fractured mandate. Photograph:( Getty )

Spain votes again on Sunday, six months after an inconclusive election which saw parties unable to agree on a coalition government.

Here are the key numbers of the election:

Most suggest the PP and its natural ally centre-right Ciudadanos will not win an absolute majority even if they form a coalition, nor will the two leftist parties -- the Socialists and Unidos Podemos.

131 -- the number of lawmakers who voted on March 4 in favour of Sanchez's attempt to form a centre-left coalition government following the December polls. The remaining 219 lawmakers voted against.

189 -- the number of days between the two elections. During this time Rajoy's government remained in power in a caretaker capacity with limited powers and could not approve projects that involve new spending. Spain is far from the example set by Belgium which went 541 days without a fully functioning government following the 2010 election -- a European record.

11 -- the number of groupings that make up far-left coalition Unidos Podemos. The main parties are anti-austerity Podemos, an ally of Greece's ruling Syriza, and Izquierda Unida, the heirs of Spain's Communist party. The two parties stood separately in the last election.

47 -- the number of seats up for grabs in Spain's wealthy northeastern region of Catalonia, where a pro-independence movement has gathered pace.

After December polls, 17 elected separatist lawmakers from this region contributed to Spain's political stalemate by demanding an independence referendum in exchange for their support for a new government -- a demand rejected by three of the four main parties.

22.7 -- the percentage of votes lost by the PP and Socialists between polls in 2011 and 2015, as upstarts Podemos and Ciudadanos leapt onto the scene and gnawed away at their support base, putting an end to the country's two-party dominance.

73.2 -- the voter turnout in the December election. Polls indicate the turnout could drop to between 64.6 per cent and 72 per cent this time round.