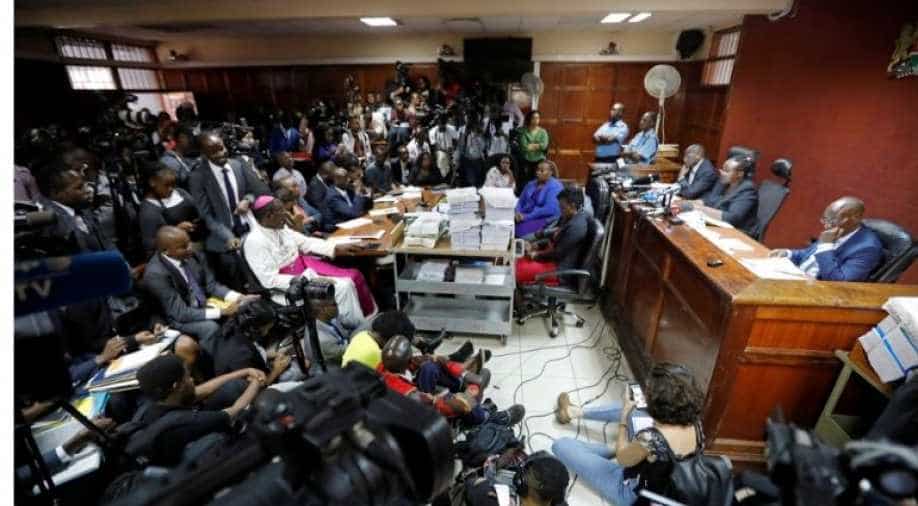 South Africa is the only African nation to have legalised gay marriage.

Same-sex relationships are a crime in more than 70 countries around the world, almost half of them in Africa. Neighbouring Uganda once enacted a law imposing a life sentence for certain acts of gay sex although it was later nullified by the court.

South Africa is the only African nation to have legalised gay marriage.

"We hereby decline the relief sought and dismiss the combined petition," Justice Roselyn Aburili told a packed courtroom in Kenya's capital Nairobi, relaying the unanimous opinion of the three-justice panel.

"We find that the impugned sections are not unconstitutional, accordingly the combined petitions have no merit."

Some gay rights activists wept outside the courtroom after the verdict while supporters of the ban clapped, congratulated each other and yelled "thank you" at the judges' bench.

Other people backing the ban held placards outside the court with messages, including "homosexuality is an abomination."

Campaigners who filed the petition to decriminalise gay sex argued that the law violated Kenya's 2010 constitution, which guarantees equality, dignity and privacy for all citizens.

"We will appeal. We expect that the court of appeal will overturn this erroneous decision which in our view is very biased," said Eric Gitari, one of the petitioners.

The justices, who began hearing the case last year, threw out the petition on the grounds that gay sex clashed with broader, traditional moral values encapsulated in Kenya's constitution.

Aburili said the constitution still outlaws same-sex marriage but that allowing gay sex would "open the door for same-sex unions."

"We cannot be another Sodom and Gomorrah," Alfred Rotich, a Catholic bishop, told Reuters at the court after the verdict.

In September last year, India's top court scrapped a similar colonial-era law that punished gay sex with up to 10 years in jail, raising hopes among activists worldwide, including in Africa, for similar reforms.

"Rights cannot be trampled upon in the name of social disapproval. The Court of Appeal should revisit this ruling urgently," she said.

Due to a lack of legal protection, rights campaigners in Kenya say sexual minorities are routinely abused, assaulted by mobs, raped by vigilantes or enslaved by criminals.

Kenya arrested 534 people for same-sex relationships between 2013 and 2017, according to the government.

The National Gay and Lesbian Human Rights Commission, one of the petitioners against the law, has recorded more than 1,500 such attacks against lesbian, gay, bisexual and transgender (LGBT) Kenyans since 2014.

Christian and Muslim groups support the law and the attorney general has argued that decriminalising gay sex could lead to legalising same-sex marriage.

President Uhuru Kenyatta has said, "gay rights is really a non-issue", while Deputy President William Ruto said Kenya had "no room" for gays. Legislator Aden Duale once told parliament that homosexuality was "as serious as terrorism".