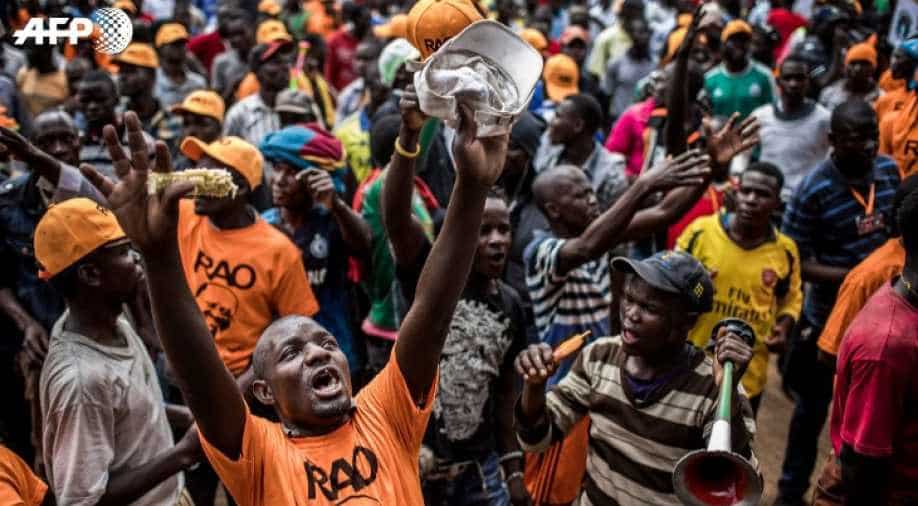 Polls opened Thursday in a repeat presidential election in Kenya that is mired in uncertainty as opposition leader Raila Odinga has called on his supporters to boycott the vote. Photograph:( AFP )

Kenyans began voting Thursday in a repeat election that has polarised the nation and is likely to be fiercely disputed in the absence of opposition leader Raila Odinga, who is boycotting the vote.

In stark contrast to the first edition of the election, which was annulled last month by the Supreme Court, many polling stations in the capital and Odinga's strongholds saw only a trickle of voters.

In the Kibera slum, police fired teargas at opposition supporters who tried to set up barricades in front of a polling station, prompting them to lob rocks at the officers. Similar scenes were seen in the western towns of Migori, Siaya and Homa Bay.

It cited "irregularities" and mismanagement by the Independent Electoral and Boundaries Commission (IEBC).

The boycott, in an acrimonious political environment marked by violence and intimidation, is likely to tarnish the credibility of Kenyatta's victory and open the vote up for further legal battles.

With eight candidates in the running, the vote was essentially a showdown between Kenyatta and Odinga, whose families have been locked in political rivalry for more than half a century.

Kenyatta, who turns 56 on Thursday, is almost assured victory after veteran opposition leader Odinga withdrew citing fears the poll would be marred by the same flaws which saw the August vote overturned.