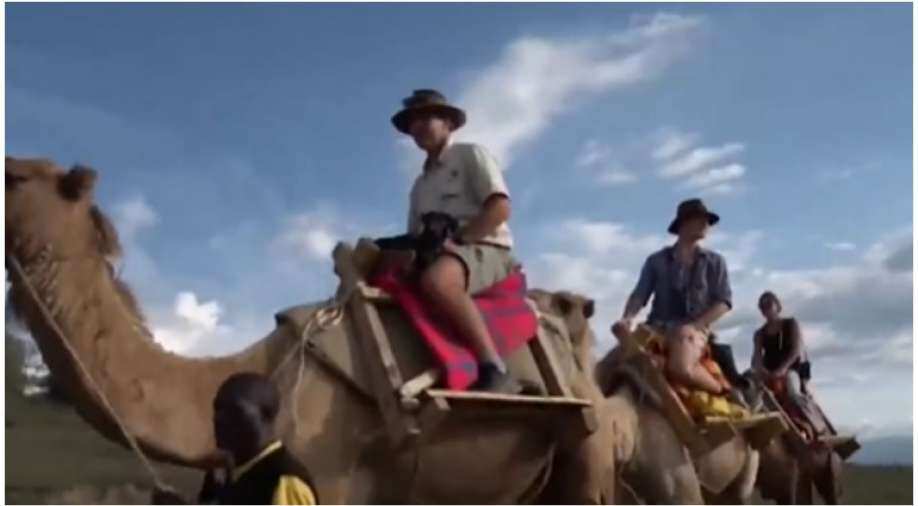 This step is sure to reduced levels of pollution in conservancy as smoke emitting vehicles will be less and less. The mode of transport may be a win-win for tourists and wild animals

In a push toward eco-friendly tourism, Soyasambu Conservancy in Kenya is ditching jeeps and electric vehicles to use Camels for safari. The tourists could be seen riding on camelbacks to observe the wildlife in it untamed form.

This step is sure to reduced levels of pollution in conservancy as smoke emitting vehicles will be less and less.

"I choose this eco-tourism method over other methods of toourism over other options because even though electric vehicles are good, you are still leaving (Carbon) footprints," said Adrien Allan. He added that not all areas of the safari were accessible by vehicles while riding camels or walking on foot did not throw up any such challenges.

This mode of transport may be a win-win for tourists and wild animals. Animals may get scared or even aggressive towards vehicles perceiving them to be foreign objects. Proximity to camels is not likely to elicit such a response from them. This in turn, may allow tourists to go nearer to animals and observe them in their habitat.

Conservationists are welcoming the step.

Another argument in favour of use of camels is that camels do not step on small animals like rabbits when they move around. This may not be true in case of vehicles which may result in loss of wildlife.