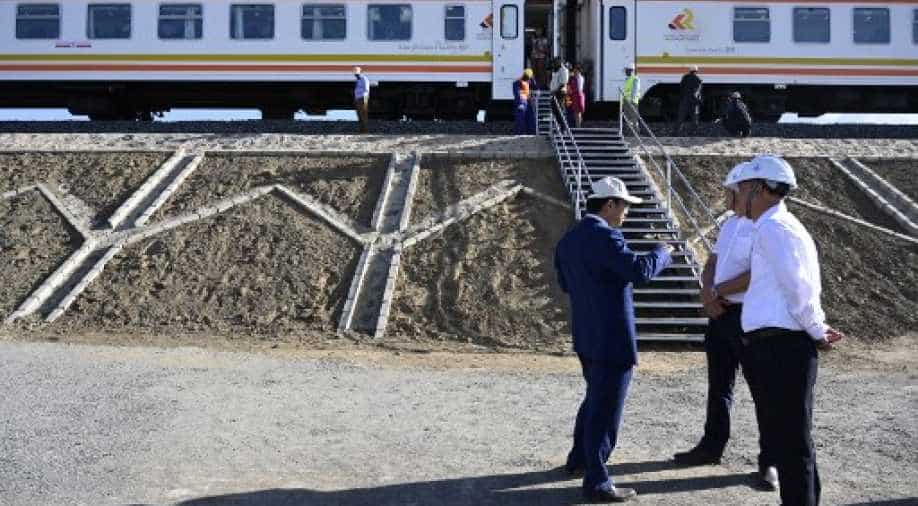 Kenya's appeals court has ruled that the contract between the Kenyan government and China Road Bridge Corporation(CRBC) failed to comply with its laws.

The court said that the state-run Kenya railways failed to comply with the country's law in the procurement of the Standard Guage Railway(SGR), which is part of China's ambitious Belt and Road Initiative(BRI), according to a report.

The court further declared that the contract was "illegal". A Kenyan activist along with the Law Society of Kenya had brought a lawsuit in 2014 to stop the construction of the railway link. It had alleged that the contract was "single-sourced" and not put on tender. The petition said that it was "a 100 per cent Kenyan funded venture" with the Kenyan taxpayers who would be repaying the loan repayments.

It was a reportedly a $3.2 billion project between Kenya and China.

The Kenyan High Court had earlier dismissed the case as state-run railway along with CRBC defended their position. However, the appeal court gave the verdict in favour of the plaintiffs. The Kenyan government or the CRB can appeal in the nation's Supreme Court.

Large sections of the railway line is already operational with both parties having poured massive resources into the project.

Kenya had launched the cargo service on the Chinese-built Standard Gauge Railway in October last year. Kenyan President Uhuru Kenyatta and Chinese state councillor Wang Yong, who is the special envoy of Chinese President Xi Jinping, had later launched the phase 2A freight service and dry port located in the resort town of Naivasha in December, 2019.

During the launch, Wang had emphasised that the project highlighted the "mutual benefits and shared development" of the China-Africa cooperation while vowing to "continue to promote Sino-Kenyan cooperation with connectivity within the framework of BRI."