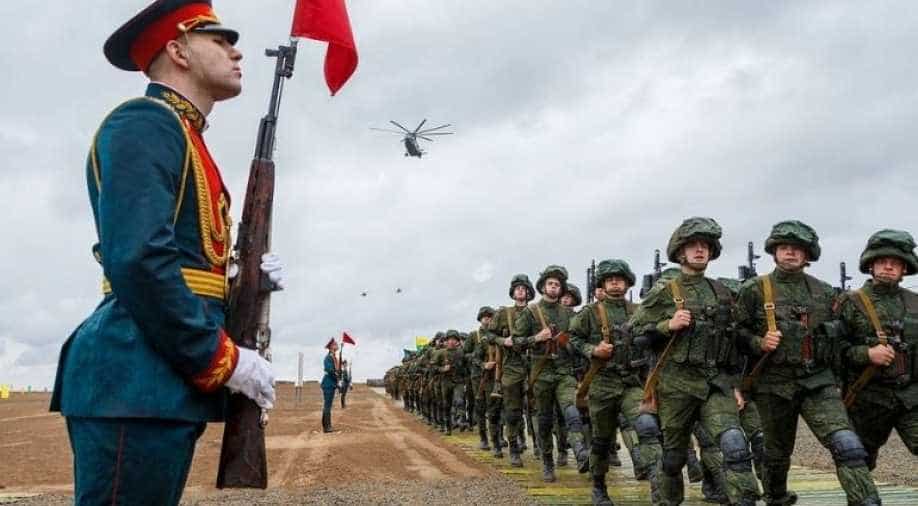 The military exercises in Kavkaz this year are expected to focus on combating cruise missiles and unmanned aerial vehicles, the Russian Defense Ministry said in a statement.

Russia on Monday kicked off its large-scale week-long Caucasus 2020 (Kavkaz 2020) military exercises along with China, Belarus, Pakistan and several other countries.

The military exercises in Kavkaz this year are expected to focus on combating cruise missiles and unmanned aerial vehicles, the Russian Defense Ministry said in a statement.

#Footage The foreign military taking part in the on-coming #Kavkaz2020 strategic command & control exercise are about to finish their relocation to the #SouthernMD of Russia. Upon arrival, everyone of them takes mandatory #COVID19 tests https://t.co/SPca0aTwrC pic.twitter.com/pQjMhqjMpn

The drills, led by Chief of the General Staff Army General Valery Gerasimov, will take place at several firing ranges and airfields in southern Russia.

The navy part of the drills in both the Black Sea and Caspian Sea will be joined by the Iranian navy, the ministry said.

The defence ministry also said that the exercises will involve around 1,000 military personnel from Armenia, Belarus, China, Myanmar and Pakistan. The exercises will be observed by representatives of Azerbaijan, Indonesia, Iran, Kazakhstan, Tajikistan and Sri-Lanka.

Russia said the drills will involve around 80,000 personnel including Russian missile defence and navy units, as well as officers of the Russian Emergencies Ministry and the Russian Guard.

According to the ministry, the drills will also feature up to 250 tanks, 450 military personnel carriers and 200 artillery systems.