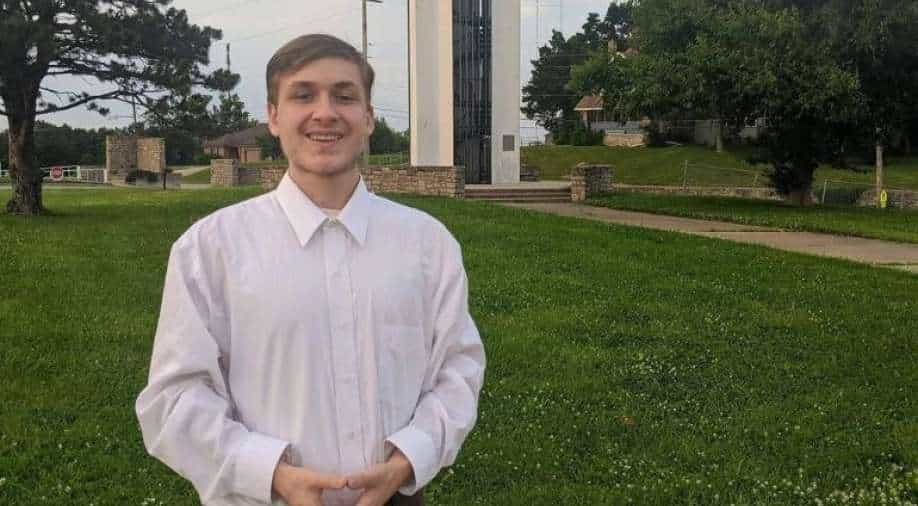 Aaron Coleman’s election to the Kansas House of Representatives would have been remarkable for a young candidate trying to unseat an incumbent. But it has instead left state Democratic leaders saying that they will take “every necessary step” to ensure that Coleman is not seated in the state Legislature.

“I want to let my policy viewpoints to be what people know me for,” Coleman said in an email Saturday.

Since Coleman’s election, Democratic leaders have distanced themselves from him and are looking to ensure that he is not seated, said Tom Sawyer, the Kansas House minority leader.

The Associated Press reported that party leaders took this position after Coleman made comments on Twitter that they perceived as threatening to the state’s governor, Laura Kelly, a Democrat.

A political operative provided the AP with a screen shot of one of Coleman’s tweets, which has since been deleted, in which he said Kelly would face an “extremely bloody” Democratic primary race in two years.

“I’m not playing around,” Coleman wrote, the AP reported. “People will realize one day when I call a hit out on you it’s real.”

Coleman said that he could have chosen his words better but that his tweet had not been a call for physical violence.

“My tweets were a political call for action for progressives to run against establishment candidates,” Coleman said. “Many of my constituents have agreed with the statement and actually read my tweets in their whole context.”

Democratic state leaders, including Kelly and Vicki Hiatt, the chairwoman of the Kansas Democratic Party, have called Coleman “unfit to serve in the Kansas Legislature.”

“Kansas House Democrats will take every necessary step to ensure Coleman is not seated in the Legislature,” Sawyer, the minority leader, said. “With Republican cooperation, I believe we can resolve this issue and find a replacement who is competent, stable and principled to serve the 37th District.”

But Kansas House Speaker Ron Ryckman told the The Kansas City Star’s editorial board that he would “be leery of an attempt to override the vote of the people.”

Coleman has admitted that in middle school he harassed girls online, calling one sixth-grade girl fat and suggesting she should kill herself. Seven years ago, he told another girl, who was 13 at the time, that he would circulate a naked photo of her if she didn’t send him more nude images. He ended up doing so.

The Kansas House of Representatives maintains responsibility for its own members, said Richard E. Levy, a professor of constitutional law at the University of Kansas. The process to remove Coleman would begin with a complaint and an investigation by a committee. The committee would make a report, and a two-thirds House vote would then be needed to remove a member from office.

Levy said the rules and standards were fairly loose about when a member of the House might be expelled and for what offenses.

“It’s possible that he could make his case to the House of Representatives that he should not be removed or expelled based on conduct that occurred some time in the past,” he said of Coleman. “And ultimately it would just depend on the vote.”

As for efforts to block or unseat him, Coleman told the AP, “Until I break the public’s trust and I break my oath of office, you know, you cannot undo the results of democracy.”

Coleman said that from now on he would like to be known for his political ideas and policies, including introducing a bill to legalize cannabis.

“I realize not all representatives will have the same ideas in line with mine,” he said. “But I am willing to work with anyone who wants to bring positive change to Kansas.”