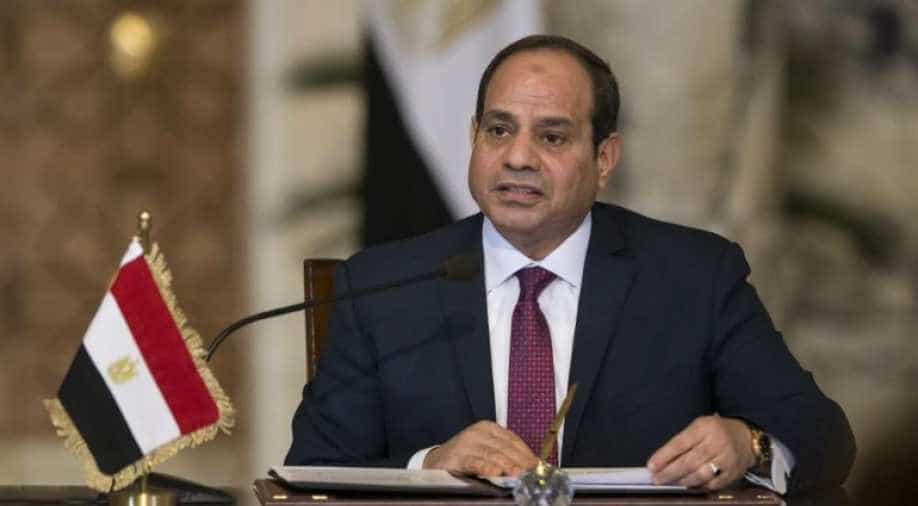 Kagame's leadership of the AU focused on institutional and administrative reforms. Sisi, however, is expected to focus more on security, peacekeeping and post-war reconstruction.

Rwandan President Paul Kagame, who led an active, reformist tenure as African Union chair, on Sunday passed the baton to Egypt, seen as more likely to focus on security issues than expanding the body's powers.

Egyptian President Abdel Fattah al-Sisi officially took over the rotating post of ceremonial head of the AU at the start of a two-day summit in Addis Ababa.

The meeting highlighted the "links between the Mediterranean and Lake Victoria," as a metaphor for sub-Saharan Africa.

"Egypt has an interest in Africa, they want to strengthen their position on the African continent and they don't want to be seen as a country only focused on the Arab world," said Liesl Louw-Vaudran, an analyst at the Institute for Security Studies.

Kagame's leadership of the AU focused on institutional and administrative reforms. Sisi, however, is expected to focus more on security, peacekeeping and post-war reconstruction, issues closely tied to the AU's 2019 theme of "Refugees, Returnees and Internally Displaced Persons".

"The road is still long" in terms of reaching the AU's goal of "silencing the guns" by 2020, Sisi told delegates on Sunday. He announced he would hold a "forum for peace and development" in the town of Aswan, southern Egypt, in 2019.

United Nations Secretary-General Antonio Guterres said Saturday that peaceful elections in DR Congo, Mali and Madagascar, peace deals in South Sudan and the Central African Republic and the truce between Ethiopia and Eritrea, were however signs of a "wind of hope" on the continent.

Guterres also hailed the solidarity shown in Africa, where countries house nearly a third of refugees and displaced people in the world.

"Despite the continent's own social, economic and security challenges, Africa’s governments and people have kept borders, doors and hearts open to millions in need," he said.

"Unfortunately, this example has not been followed everywhere."

The chairmanship of the AU rotates between the five regions of the continent, and South Africa will take over from Egypt next year.

While multiple crises on the continent will be on the agenda of heads of state from the 55 member nations, the summit will also focus on institutional reforms and the establishment of a continent-wide free trade zone.

While the Continental Free Trade Area (CFTA) was agreed by 44 nations in March 2018, only 19 countries have so far ratified the agreement. It requires 22 to ratify it for it to come into effect.

The single market is a flagship of the AU's "Agenda 2063" programme, conceived as key to transforming the continent's economies.

Cairo is backing the initiative, but analysts say it will be less likely to focus on the financial and administrative reforms pushed by Kagame.

Kagame, who has been leading institutional reforms since 2016, pushed for a continent-wide import tax to fund the AU and reduce its dependence on external donors, who still pay for more than half the institution's annual budget.

Egypt, like fellow regional heavyweights Nigeria and South Africa, is not keen on a powerful AU, one African diplomat told AFP.

Cairo has "never forgotten" its suspension in 2013 after Egypt's army deposed Islamist president Mohamed Morsi, who had in 2012 became the country's first democratically elected president, the diplomat said.

"Traditionally, leaders of big powers have not really helped the position of AU chairperson, as they don't want an AU which is too strong or too intrusive," said Elissa Jobson of the International Crisis Group.

Kagame suffered a setback after expressing "serious doubts" on behalf of the AU about the results of the Democratic Republic of Congo's recent presidential election, which was officially won by Felix Tshisekedi.

The country's Catholic church had also questioned the result.

"This whole thing was an embarrassment for the AU, it showed the limitations of what the AU chairperson can do," said Jobson.

"Under his leadership, the country has undergone a catastrophic decline in rights and freedoms," she added.