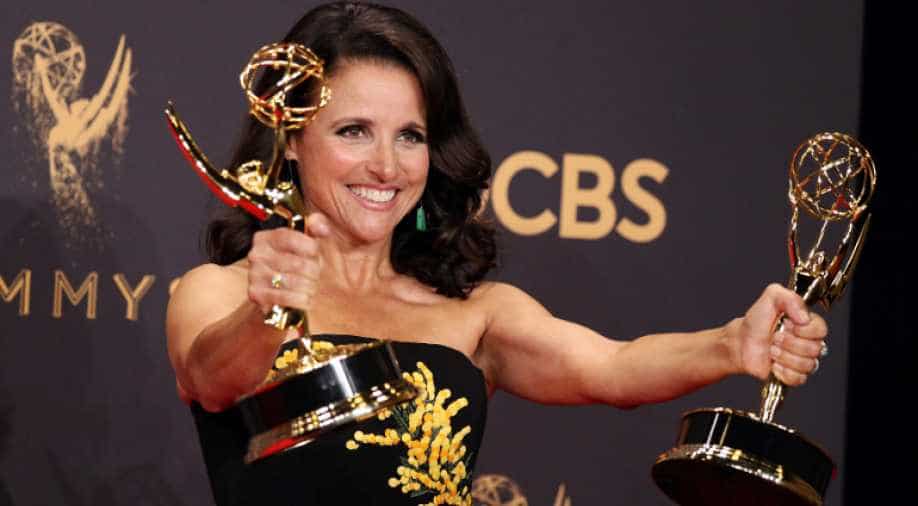 She has six consecutive best actress Emmys for "Veep" as well as three as an executive producer when it was awarded best comedy series. Photograph:( Reuters )

Emmy-winning comedic actress Julia Louis-Dreyfus disclosed on Thursday that she was battling breast cancer and highlighted the case for universal healthcare by posting a picture of a printed note to her 750,000 Twitter followers.

Just when you thought... pic.twitter.com/SbtYChwiEj

The who and who of the United States quickly sent in love and support:

We Veeps stick together. Jill and I, and all of the Bidens, are with you, Julia. pic.twitter.com/JP0c2wtrJ6

Julia is one of the most talented, most giving, most empathetic people that I’ve had the pleasure to meet. That she takes this news and turns it to help others is of no surprise. Get well, Boss. We love you. #fuckcancer https://t.co/3NTr31nKmz

Sending you love support @OfficialJLD for your journey. Keep thriving in your heart. #JuliaLouisDreyfus https://t.co/f5Uw2J3zSs

#JuliaLouisDreyfus is purest class. The world is thinking of you and pulling for you.

The news comes less than two weeks after the "Veep" star won a sixth consecutive Emmy for comedy acting.

A native New Yorker of French stock, Louis-Dreyfus has been one of America's most popular and influential comedy actors since she found fame with the cult sitcom "Seinfeld" in the 1990s.