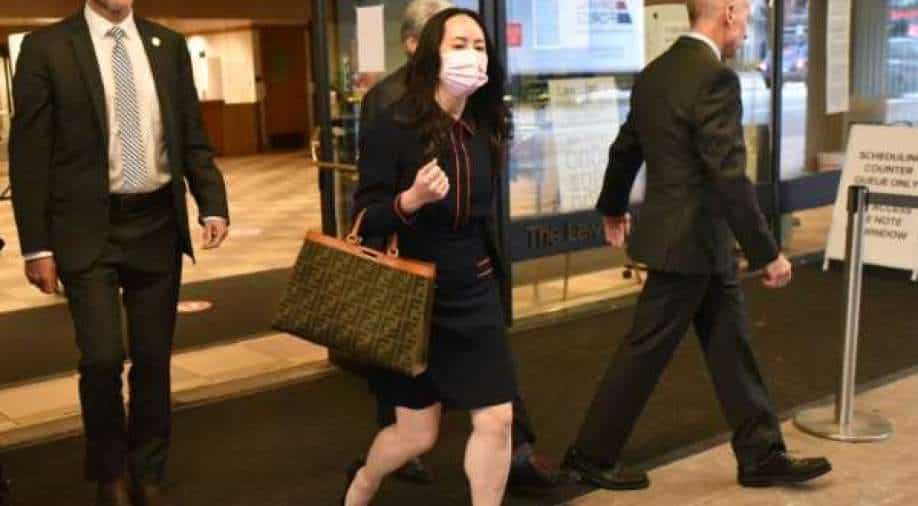 Meng is wanted in the United States on fraud charges related to violations of US sanctions in Iran.

A Canadian judge ruled Thursday to allow Huawei executive Meng Wanzhou's lawyers to argue the US misled Canada in its request for her extradition.

Meng is wanted in the United States on fraud charges related to violations of US sanctions in Iran.

Her lawyers say the US omitted key information in a case summary that undermined the allegations of fraud, adding her arrest and extradition are invalid.

British Columbia Supreme Court Justice Heather Holmes said in her ruling there "is an air of reality to Ms. Meng's allegations of abuse of process in relation to the requesting state's conduct."

The case record provided by the US includes slides from a Powerpoint presentation she gave in 2013.

It was made to an HSBC executive after the British banking group, worried over potential Iran exposure, requested an explanation.

The US accuses Meng of hiding Huawei's relationship with former subsidiary Skycom in Iran from HSBC bank.

Meng insists she was upfront with HSBC, which her lawyers say was left out in the US warrant and the missing slides will show.

Canada sought to block this evidence, saying it was "not relevant to the extradition hearing" and risked turning a simple extradition proceeding into a "US trial."

But Holmes ruled, "Some of that evidence is realistically capable of challenging the reliability of the (record of the case) on issues relevant in the hearing."

Meng was arrested on a US warrant at the Vancouver airport during a stopover in December 2018, and has been fighting extradition ever since.

The case is scheduled to continue until April 2021.