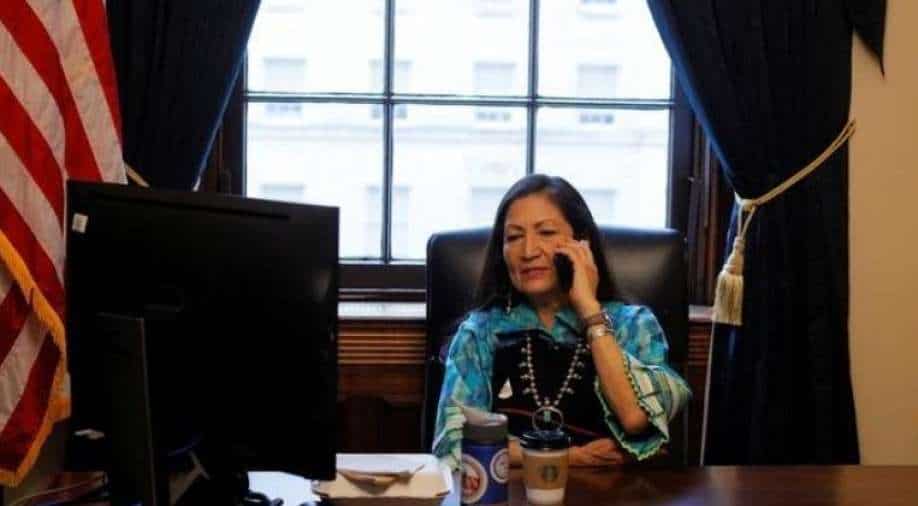 The Interior Department is a vast agency of more than 70,000 employees overseeing the country's natural resources, including national parks, and oil and gas drilling sites, as well as tribal lands -- home to 578 federally recognized tribes.

President-elect Joe Biden has tapped Deb Haaland to lead the Interior Department, according to people familiar with the matter, putting the Democratic representative in line to become the first American Indian cabinet secretary in US history.

Tribal leaders and activists around the country, along with many Democratic figures, cheered Haaland’s selection after urging Biden for weeks to choose her. They stood behind her candidacy even when concerns that Democrats might risk their majority in the House if Haaland yielded her seat in Congress appeared to threaten her nomination.

With Haaland’s nomination, Indigenous people will for the first time in their lifetimes see a Native American at the table where the highest decisions are made — and so will everyone else, said OJ Semans, a Rosebud Sioux vote activist who was in Georgia on Thursday helping get out the Native vote for two Senate runoffs. “It’s made people aware that Indians still exist,” he said.

The Interior Department is a vast agency of more than 70,000 employees overseeing the country's natural resources, including national parks, and oil and gas drilling sites, as well as tribal lands -- home to 578 federally recognized tribes.

In Congress, the 60-year-old Haaland has prioritized the improvement of services to tribal communities, especially assistance during the coronavirus pandemic, which has disproportionately hurt Native American families.

"It would be an honour to move the Biden-Harris climate agenda forward, help repair the government-to-government relationship with tribes that the Trump Administration has ruined, and serve as the first Native American cabinet secretary in our nation's history," Haaland said in a statement published by The New York Times.

Biden also has reportedly tapped Michael Regan, a top North Carolina environmental regulator who brokered the nation's largest coal ash cleanup, to be the administrator of the Environmental Protection Agency.

Regan, who is Black, served at the EPA in the Clinton and Bush administrations. He would be tasked with helping to carry out Biden's ambitious climate plans, which call for embracing clean energy and crafting higher fuel-efficiency standards for the country's automobiles and trucks.