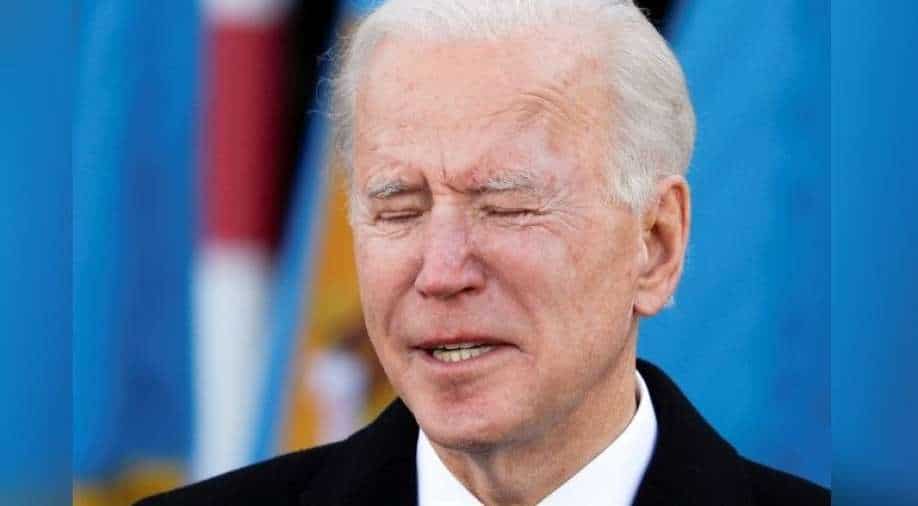 Tears rolled down Biden's cheeks at a farewell ceremony in his hometown of Wilmington, Delaware, where he paid tribute to his late son Beau, a rising politician who died of brain cancer in 2015 aged 46

US President-elect Joe Biden on Tuesday gave a tearful goodbye to his constituency Delaware while honouring late son Beau and thanking the people for their unwavering support.

"When I die, Delaware will be written on my heart. I only have one regret, that he's (late son Beau) not here" said Biden, his voice shaking with emotion.

Tears rolled down Biden's cheeks at a farewell ceremony in his hometown of Wilmington, Delaware, where he paid tribute to his late son Beau, a rising politician who died of brain cancer in 2015 aged 46.

Biden thanked friends and family who had gathered to see him off at a National Guard centre named after his son Beau - whose death from cancer in 2015 contributed to then-Vice President Biden's decision not to seek the White House in 2016.

"It's deeply personal that our next journey to Washington starts here, a place that defines the very best of who we are as Americans," he said. National Guard troops assist law enforcement and deal with domestic emergencies.

"I know these are dark times, but there is always light. That's what this state has taught me the most," said Biden.

Biden, who served Delaware as a senator for more than three decades and had run for president unsuccessfully two times before winning in November, said his one regret was that Beau, who served as attorney general in Delaware, was not there.

"We should be introducing him as president," Biden said, tears streaming down his face.

"Don't tell me things can't change. They can, and they do," Biden said. "I'm truly honoured to be your next president and commander in chief."

After the ceremony, Biden flew to Washington to appear at a Lincoln Memorial remembrance for COVID-19 victims.

Biden, a veteran Democratic senator who also served as vice president to Barack Obama, is staying overnight with his wife Jill in Blair House, a residence for heads of state and other important visitors across the street from the White House.

His inaugural speech will last between 20-30 minutes, according to a source familiar with preparations, and "he will reach out to all Americans, and call on every citizen to be part of meeting the extraordinary challenges facing all of us."