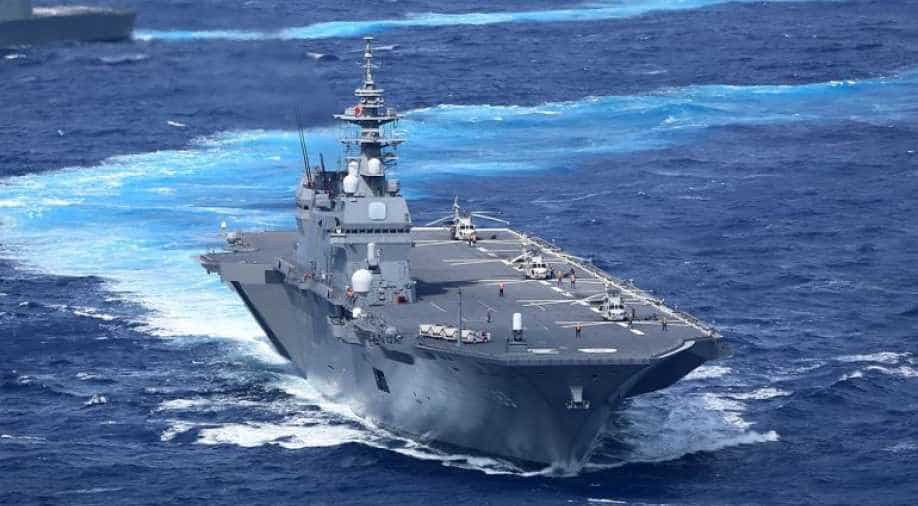 Japan's military, like the wider economy, is turning to women to make up a shortfall in personnel as the nation's working-age population shrinks amid a drop in birth-rates. Photograph:( Others )

Japan's navy on Tuesday appointed the first woman to command a warship squadron, including the flagship Izumo helicopter carrier, as it tries to lure more females to make up for a dearth of male recruits in greying Japan.

Ryoko Azuma, will command four ships with a combined crew of 1,000, of which only 30 are women, that make up the Maritime Self Defense Force's (MSDF) First Escort Division.

"I don't think about being a woman. I will concentrate my energy on fulfilling my duties as commander," Azuma, 44, said at a change of command ceremony attended by 400 sailors aboard the Izumo, which was docked at a shipyard in Yokohama near Tokyo for repairs.

When she joined the MSDF in 1996 women were barred from serving on warships, a rule that the navy abolished ten years ago. Submarines, however, are still crewed only by men.

Japan's military, like the wider economy, is turning to women to make up a shortfall in personnel as the nation's working-age population shrinks amid a drop in birthrates. The number of people aged between 18 and 26 years old is forecast by the government to shrink to seven million people by 2065 from 11 million last year.

Unlike commercial companies, however, Japan's military is unable to relocate units overseas or hire foreigners to supplement to their Japanese staff.

By 2030, the SDF plans to increase the combined number of women serving in the air-sea and ground forces to 9 percent of the total from 6 percent, or 14,000 people now. In addition to Azuma, other senior female officers in the MSDF include four captains and a rear admiral in charge of logistics.

"I want to devote myself to becoming a person that will inspire others," Azuma said when asked if she wanted to serve as a role model for other women.