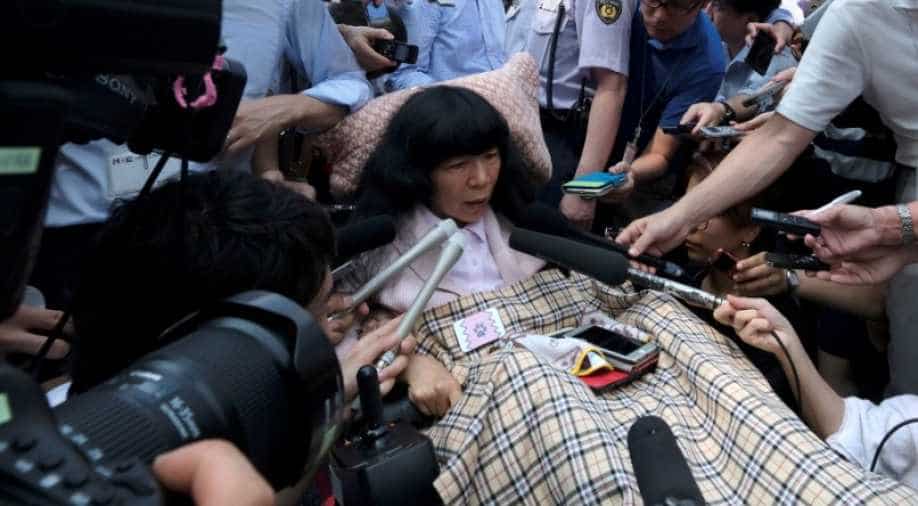 Yasuhiko Funago is Japan's first lawmaker with a severe neurological disease that impairs his ability to speak.

Being a lawmaker in a country with a staggering number of people with disabilities, some even worse off than him, Yasuhiko does not wish to stop there alone.

He wants to use the platform to end the invisibility of disabled people in Japan's traditional society and herald more inclusion.
The electoral success of two politicians - Yasuhiko Fungo and Eiko Kimura, both largely paralysed, has sparked significant debate in Japan - a nation where activists say people with disabilities often remain in the shadows.

The Upper House of Japan's Parliament pays for Kimura’s and Funago’s assistants, but the new lawmakers want the rules changed to help the 11,500 other seriously disabled people who rely on public care.

In Japan, the state pays for carers only if the disabled person is not employed - which means that disabled people simply cannot afford to work as the cost of private help exceeds their salaries.

The government says there are 9.63 million people with physical, mental or intellectual disabilities in the country, accounting for more than 7 per cent of the total population of Japan. Roughly one in 20 people in Japan has some disability or another.

Progress has been made, with accessibility improving in Tokyo and legislation setting quotas for hiring people with disabilities in government, but rights activists say more must be done.

From the 1940s to 1996, Japan's government sterilised people with a mental illness or disability because it deemed them 'inferior'.

The victims of this eugenic protection law kept silent for decades but are now speaking out and demanding an apology and compensation.

The Japanese government has been making efforts to improve the lives of people with disabilities by raising employment quotas.

But last year, the government was even forced to apologise for padding its disability hiring data after regularly failing to meet its own quotas.

Yasuhiko Fungo and Eiko Kimura want to see inclusion rather than just acceptance of people with disabilities, because they believe a society that does not help disabled people ends up effectively hiding them.