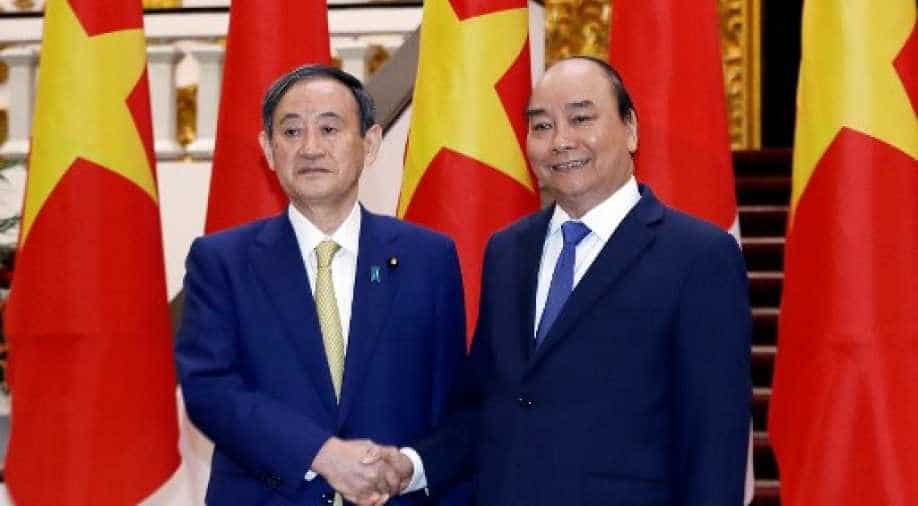 Japan which heads the ASEAN currently has been looking to further diplomatic ties in east Asia even as several countries have been locked in a dispute with China over the South China Sea.

Japanese Prime Minister Yoshihide Suga arrived in Vietnam on a two-day visit on Sunday on his first overseas trip amid tensions with China in the region.

PM  Suga is set to meet Prime Minister Nguyen Xuan Phuc among other top officials during his visit with the Japanese prime minister set to deliver a speech at the Japan-Vietnam University and lay a wreath at Ho Chi Minh's mausoleum in Hanoi.

PM Suga is expected to promote efforts to achieve a "free and open Indo-Pacific" during his visit.

"I would like to show a resolve to contribute to peace and prosperity in the region toward realizing a free and open Indo-Pacific," Suga said.

According to the Japanese foreign ministry, both countries are set to allow free flow of medical equipment and other goods to diversify the supply chain amid the pandemic as both sides eye defence deals.

PM Suga is set to fly to Indonesia after his Vietnam visit and will meet President Joko to enhance ties between the two countries.

Indonesia and Japan as set to kickoff off "two-plus-two" meeting between their foreign and defense ministers.

Suga taken over from PM Shinzo Abe last month after the former prime minister had resigned due to health reasons.