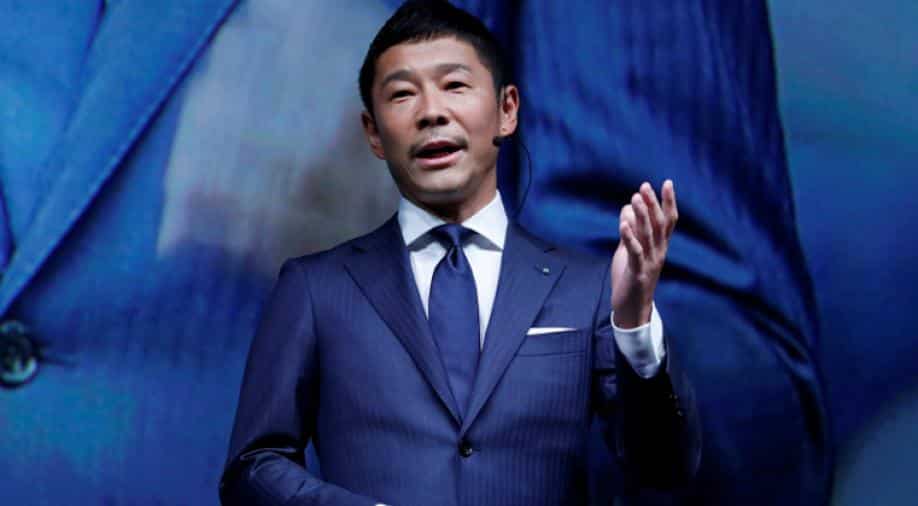 Until now, Americans have been the only ones who have left Earth's orbit.

"I choose to go to the Moon," the 42-year-old said at SpaceX headquarters in California.

Maezawa will be inviting 6-8 artists to his Moon trip.

The first private passenger to fly around the Moon aboard BFR is fashion innovator and globally recognized art curator Yusaku Maezawa.

"Ever since I was a kid, I have loved the Moon," Maezawa said, adding,"this is my lifelong dream."

"I would like to invite six to eight artists from around the world to join me on this mission to the Moon," Maezawa said.

"They will be asked to create something after they return to Earth. These masterpieces will inspire the dreamer within all of us," he added.

Maezawa is the 18th richest person in Japan with a fortune of $3 billion, according to Forbes magazine.

Until now, Americans have been the only ones who have left Earth's orbit. A total of 24 NASA astronauts went to the Moon during the Apollo era of the 1960s and '70s. Twelve walked on the lunar surface.

The price of the SpaceX Moon ticket and the date of travel are unknown.

SpaceX had described the journey as "an important step toward enabling access for everyday people who dream of traveling to space."

Maezawa's ride will take place aboard a Big Falcon Rocket (BFR), which has only been shown in designs and images.