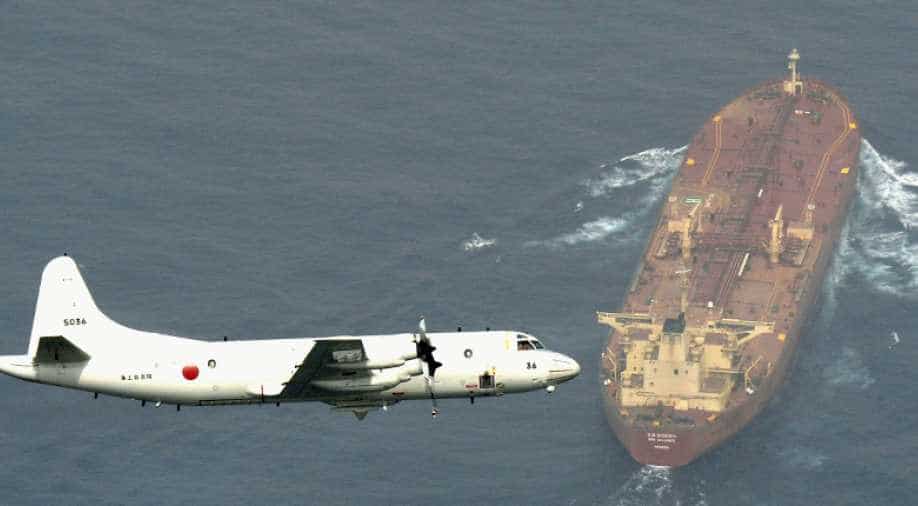 The Japanese government said it would be dispatching a destroyer and two P-3C patrol planes to ensure safe passage for Japanese vessels through the region.

Japan is set to send a warship and planes to the Middle East to protect its vessels, the government said on Friday.

"Peace and stability in the Middle East is extremely important for the peace and prosperity of the international community including Japan," the country's chief cabinet secretary Yoshihide Suga said

"Also, it is very important to make sure Japan-related ships can sail safely in the Middle East, the world's major source of energy," Suga added.

The government said it would be dispatching a destroyer and two P-3C patrol planes to ensure safe passage for Japanese vessels through the region.

Japan sources nearly 90 per cent of its crude oil imports from the Middle East and the situation in the region remains volatile.

There have been several instances of tanker attacks in the Middle East this year which the US has blamed on Iran.

In September, Iran's Revolutionary Guards had detained the Stena Impero in the Strait of Hormuz waterway for alleged marine violations, two weeks after Britain detained an Iranian tanker off the territory of Gibraltar.

In June, Trump had accused Iran of carrying out twin tanker attacks in the Gulf of Oman, saying the incident had Iran "written all over it."

"Iran did do it," Trump said in an interview.

The US military had released a video that it said showed Iran's Revolutionary Guard (IRGC) removing an unexploded mine from the side of a Japanese-owned oil tanker after attacks on the Kokuka Courageous and the Norwegian-owned Front Altair.

The  US military's Central Command also released photographs showing the alleged mine but it was difficult to declassify. Iran denied it had anything to do with the incident.

Sending warships to areas of military tension is a highly sensitive issue in Japan because its pacifist post-World War-II constitution strictly limits the use of force by the military.

The government decision is effective for one year through December 26, 2020. A fresh cabinet approval is necessary to extend the armed force's activities in the Middle East.