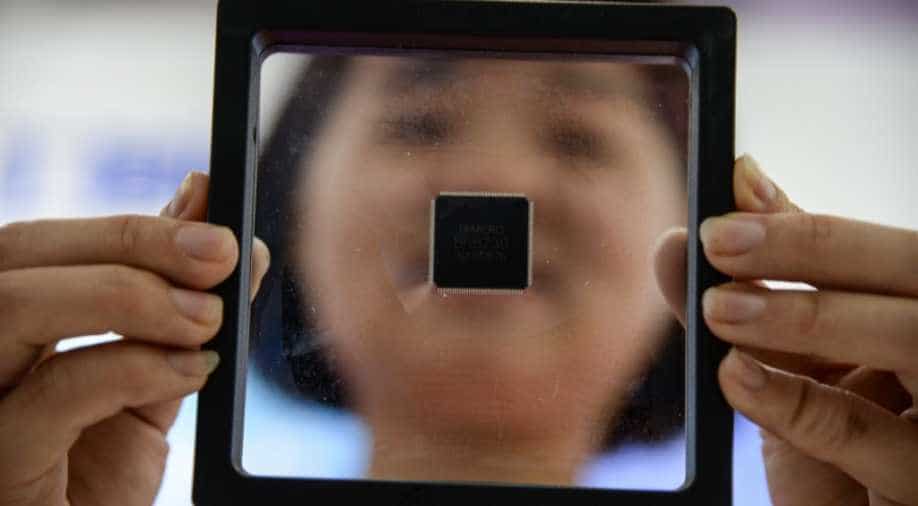 The move, which takes effect from July 4, comes after South Korean courts ordered Japanese firms to compensate people forced into wartime labour, an issue Tokyo says was resolved when the countries resumed diplomatic relations decades ago.

Japan said Monday it will tighten regulations on the export to South Korea of several chemicals used in chip and smartphone production amid a row with Seoul on wartime forced labour.

The move, which takes effect from July 4, comes after South Korean courts ordered Japanese firms to compensate people forced into wartime labour, an issue Tokyo says was resolved when the countries resumed diplomatic relations decades ago.

"The export control system is built based on international relations of trust," Japan's Ministry of Economy, Trade and Industry (METI) said in announcing the move.

"After reviews by relevant ministries, it must be said that the relations of trust between Japan and South Korea have been significantly harmed," METI added.

The new restrictions affect chemicals including fluorinated polyimide and hydrogen fluoride, as well as transfer of manufacturing technologies, removing them from a list that effectively allowed expedited export.

It means that exporters will now have to apply for permission for each batch they wish to export to South Korea, a process that takes around 90 days each time, local media reported.

METI said it would also begin soliciting public comment on the removal of South Korea from a list of "white" countries that face minimal restrictions on technology transfer with national security implications.

Japan and South Korea are both democracies, market economies and US allies, but their relationship has been strained for decades as a result of Tokyo's brutal 1910-45 colonial rule over the Korean peninsula.

And tensions have grown after a series of rulings from South Korean courts ordering Japanese firms that used wartime forced labour to compensate victims.

Last month, Tokyo proposed the issue be put to arbitration under the terms of an agreement signed by the two countries in 1965, when ties were normalised.

South Korea countered with a proposal for local and Japanese firms to set up a voluntary compensation fund, which Tokyo flatly rejected as "unacceptable".

When relations were normalised, Tokyo agreed a reparations package that included grants and cheap loans intended to cover victims of various wartime policies.

Japan argues that package should have permanently resolved the issue.

Analysts said the measure could harm Japanese producers, noting shares in some of the firms that make the affected chemicals were falling on Monday despite a rally in the market overall.

"It could have a short-term negative impact on Japanese manufacturers... whose sales to major South Korean producers constitute 10 to 20 per cent of their overall sales," said Kazuyoshi Saito, a chip analyst at IwaiCosmo Securities.

He pointed out that the measures do not amount to an export ban, but would make exports more complicated.

"At this point, the expected impact is a slowing of export procedures, which may temporarily affect both South Korean makers and Japanese suppliers," he told AFP