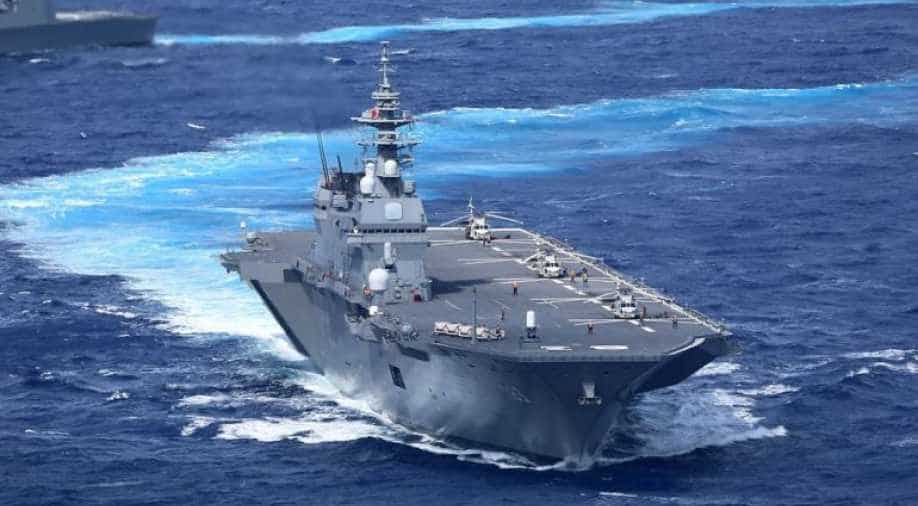 The tanker is expected to cost "several tens of billions of yen" and will have a crew of up to 20 sailors, the sources said. Photograph:( Others )

According to the Japanese coast guard, China's activity in its waters rose from twice a month last year to twice a week in February.

Japan is considering sending troops amid reports of surge in Chinese activity near the Tokyo-controlled Diaoyu islands, reports say.

According to reports, the Chinese coastguard has increased its presence in the contested waters near the islands. The increased activity comes after China implemented a new law that allows its military force to use weapons against foreign ships that Beijing views as illegally entering its waters.

According to the Japanese coast guard, China's activity in its waters rose from twice a month last year to twice a week in February. According to a Japanese official, Tokyo is alarmed by the recent activity and is considering a response.

The official said that self-defence forces can use weapons as law enforcement against unlawful activities. The official added that Japan does not intend to escalate tensions with China, but will try to increase pressure on the diplomatic front.

The United States had earlier warned China against the use of force in disputed waters. The US has reaffirmed that the Senkaku islands in the East China Sea also claimed by Beijing, which it calls Diaoyu.

US President Biden had told Japanese PM Yoshihide Suga earlier that his administration is committed to defending Japan including the Senkaku Island.

The Diaoyu islands, also known as Senkaku islands have long been an object of territorial dispute between Beijing and Tokyo.

Last month, two Chinese ships had intruded into Japanese coastal waters near the disputed islands as Japan lodged a protest with China over the issue.