Watch: Japanese have consumed nearly 8 kgs of gold in their meals 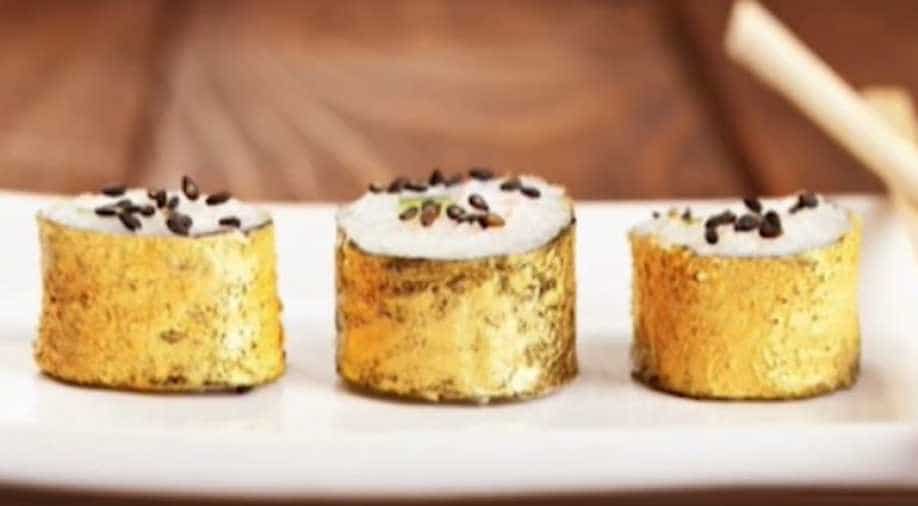 Japan's love for gold in their meals seems to be growing. Photograph:( Others )

In India too, health benefiting concoctions like Chyawanprash are believed to have small quantities of metals like silver and gold

Japan seems to be enjoying a spoonful of gold in their meals these days. The country has taken to adding gold to their food for a healthy living and to promote longevity.

According to reports, restaurants in Tokyo are serving gold-infused meals for around $300 a serving. Over the past year, Japan has estimated to have consumed 8 kilograms of gold. The total global production of gold was estimated at 3.15 thousand metric tons in 2017 according to global statistics portal Statista.

While Japan's love for gold grows, its economy has taken a dip for the first time in a decade. Japan's fondness for the precious metal is based on the belief that its consumption promotes long and healthy life. Medieval alchemists also reportedly shared the same belief and prescribed portable gold for treating a variety of ailments.

In India too, health benefiting concoctions like Chyawanprash, a mix of herbs and immunity-boosting foods, are believed to contain small quantities of metals like silver and gold.

Over the year, Japan is reported to have seen food trends like gold-covered sushis, gold flaked ice creams among others.