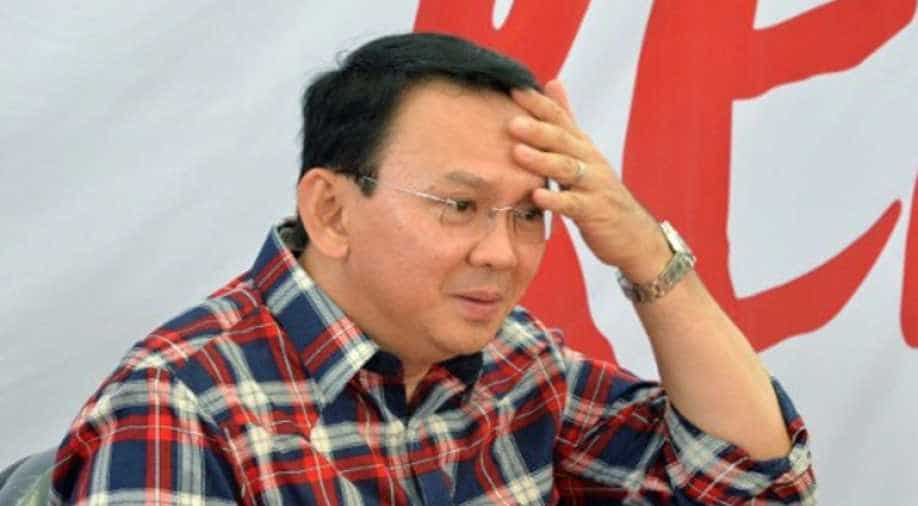 Purnama had even apologised for his comments in September, saying that he was criticising his political rivals and not the Quran itself. Photograph:( Getty )

During one of the election campaigns in September, Purnama had accused his opponents of using a Quranic verse to discourage people against voting for him, thus sparking anger among Muslims. The verse suggested that Muslims should not choose non-Muslim as their leaders.

The allegations were followed by violent protests on  November 4 by angry Muslims who demaded that Purnama be prosecuted.

Purnama had even apologised for his comments in September, saying that he was criticising his political rivals and not the Quran itself, AFP said.

The governor, who is also a member of Indonesia's ethnic Chinese minority, has been ordered to not leave the country while investigations are underway, AFP said.  The police recommended that the case be tried in open court.

Meanwhile, observers and political analysts have called the move “a huge setback”, expressing surprise at the decision.

"This is a calculated move by the government and police," AFP reported Tobias Basuki, a political analyst from Jakarta-based think tank the Centre for Strategic and International Studies, as saying.

Purnama, however, has pledged not to pull out of the elections, slated to take place in February, in the wake of all the controversy.

“This is not the end, there will be a court process which we hope will be open,” he said. "We will still take part in the election -- our supporters who back us come should still come to polling booths to help us win,” he added.