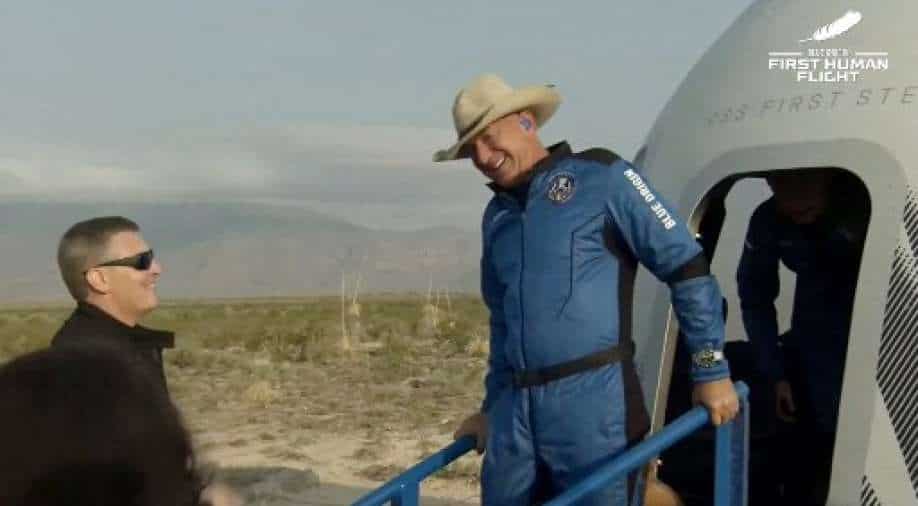 Amazon founder Jeff Bezos along with three others landed safely on Earth after their historic journey to outer space in the New Shepard Blue Origin rocket.

Amazon founder Jeff Bezos, 57, fulfilled his childhood dream of travelling to space as the Blue Origin's New Shepard rocket zoomed to outer space and was back home with a bang.

The recovery team rushed to meet Bezos, Mark, Wally and Oliver for a celebration marking their return from space as the mission was declared a success. 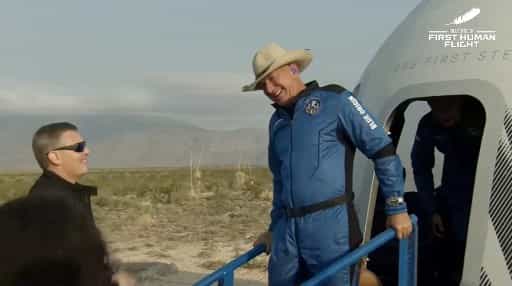 The lift-off was delayed slightly but it went off smoothly as the rocket took off from a Texas desert at speeds exceeding 3700 kph using a liquid hydrogen-liquid oxygen engine.

The astronauts experienced weightlessness for three to four minutes as they unbuckled and the capsule separated from its booster. The capsule fell back to Earth with three parachutes. "A truly historic day," Blue Origin said on Twitter as millions followed the event live. The eleven-minute mission coincided with the 52nd anniversary of the first Moon landing.

New Shepard had undertaken 15 uncrewed flights as part of its test runs earlier but on D-Day, it delivered as it brought the four crew members back home safely.