'It's a foreign ideology': Polish president vows to ban LGBT teaching in schools 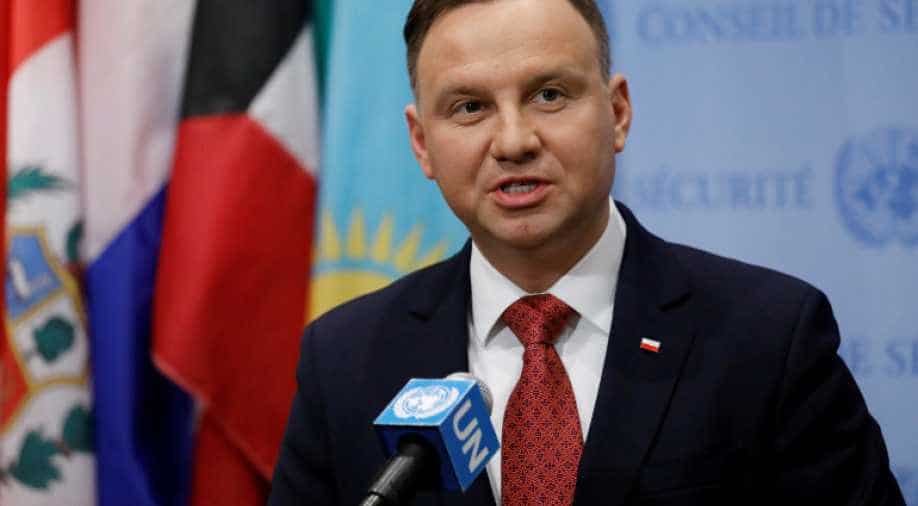 Duda called lesbian, gay, bisexual and transgender (LGBT) as a "foreign ideology" that undermines the country's traditional values in the strict Catholic nation.

Polish President Andrzej Duda has vowed to ban teaching about LGBT issues in the schools on Wednesday as Poland approaches presidential elections, scheduled to be held on June 28.

Duda called lesbian, gay, bisexual and transgender (LGBT) as a "foreign ideology" that undermines the country's traditional values in the strict Catholic nation. He is an ally of the ruling right-wing nationalist Law and Justice Party (PiS).

His opponent, Rafal Trzaskowski, is a liberal Warsaw Mayor, of the main centre-right opposition Civic Platform (PO) party. Trzaskowski supported the LGBTQ and introduced it to the education, this drew criticism from religious conservatives.

“Parents are responsible for the sexual education of their children,” Duda told a gathering of supporters. “It is not possible for any institutions to interfere in the way parents raise their children.”

He even said the LGBT couple will not be allowed to adopt.  “It’s a foreign ideology. There is no consent for this phenomenon to happen in our country in any way.”