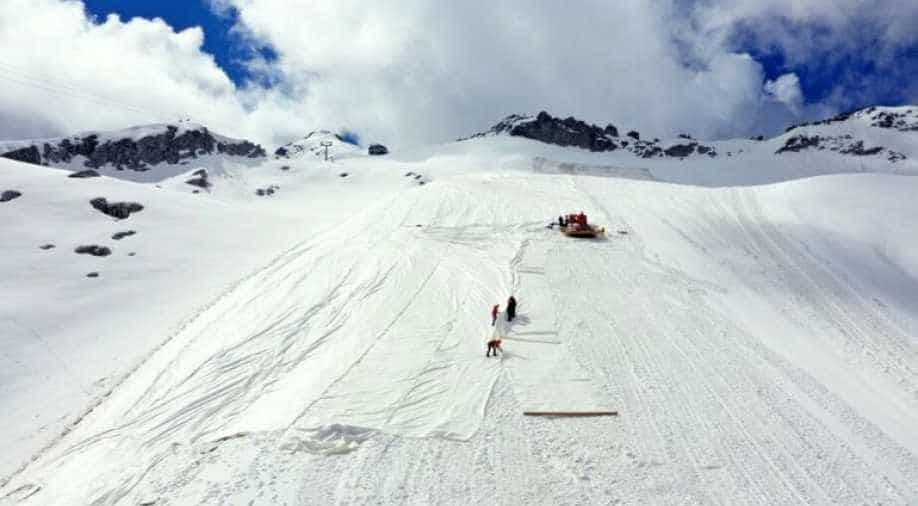 To someone looking from a distance, the sheets will look just like snow

Italy’s Presena glacier was recently covered with tarpaulin to slow down the catastrophic effects of global warming.

Located in In Northern Italy, Presena has lost over 1/3rd of its volume since 1993. The tarpaulin will protect the ice from melting quickly during the peak of summer.

This year’s short-lived (due to COVID-19) ski season ended recently, and cable cars have been put aside. The white tarps will block sun’s rays from melting the ice, or at least slow down the process tremendously.

According to locals, the glacier is constantly shrinking. "This area is continuously shrinking, so we cover as much of it as possible," Davide Panizza, 34, who heads the Carosello-Tonale company that does the work told AFP. 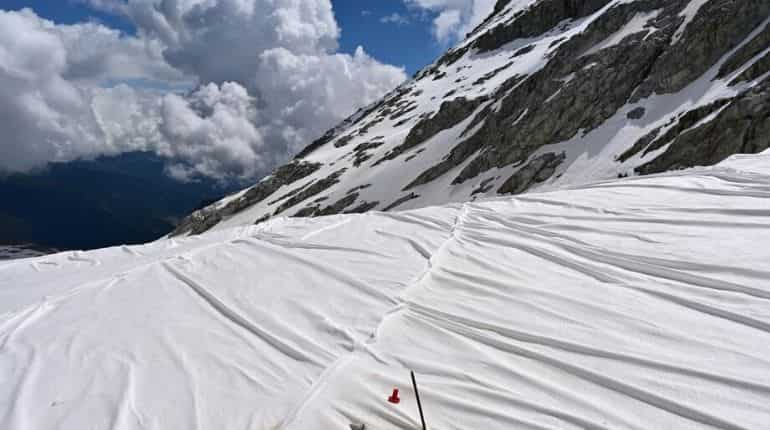 A photo taken on June 19, 2020 shows huge geotextile sheets put up on the Presena glacier (2700m-3000m) on the Val di Sole near Pellizzano in Trentino, northern Italy, in order to delay snow melting on skiing slopes | AFP

According to news agency AFP, the tarp is made of "geotextile tarpaulins that reflect sunlight, maintaining a temperature lower than the external one, and thus preserving as much snow as possible”.

Situated at an altitude of 3,000 metres, the tarp is laid down every year.

The tarp is meticulously placed across the mountain, and sewed shut to prevent hot air from sneaking in. It is then covered with bags of sand to restrict movement.

To someone looking from a distance, the sheets will look just like snow.

"There are glacier cover systems similar to ours on a few Austrian glaciers, but the surface covered by the tarpaulins is much smaller," one of the company representatives told AFP.

"When we remove them in September and we see that they did their job, we feel proud,” Franco Del Pero, the 48-year-old leader of the operation said.

Tarps are made in Australia and cost $450 each, and the work takes six weeks each, for installing and removing them.