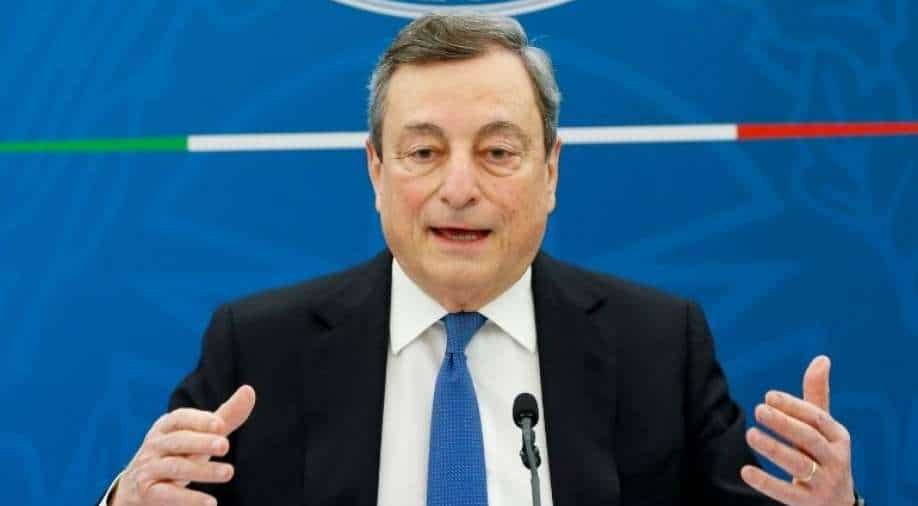 Italian politicians are obliged to publish their tax returns and Draghi took advantage of the occasion to announce that he was giving up the gross salary of around 110,000 euros that he had a right to as the premier

Mario Draghi, who draws at least two generous state pensions and owns or part-owns around 10 houses, has said he will not receive any salary for his job as Italy's prime minister.

Italian politicians are obliged to publish their tax returns and Draghi took advantage of the occasion to announce that he was giving up the gross salary of around 110,000 euros that he had a right to as premier.

He did not give any reason for the decision.

Of this, 498,144 euros came from state pensions he receives from his previous jobs as director general of the Treasury and governor of the Bank of Italy, his spokeswoman said.

Massimiliano Panarari, a political communications expert at Unimercatorum university, said Draghi's decision to give up his salary was probably intended to show solidarity with Italians hit hard by economic recession.

"However, it could also be seen as a populist gesture, so Draghi would have done better to explain it more fully," he added.

The co-ruling 5-Star Movement has often been described by opponents as populist over the fact that their parliamentarians give up a large part of their salaries.

"I imagine Draghi has done this because he sees his role as one of service to the country," said Giovanni Orsina, politics professor at Rome's LUISS university.

Italian media have reported that Draghi has received almost 15,000 euros per month gross from his Treasury pension since the age of 59.

His spokeswoman said she was not able to immediately confirm this.

Draghi's predecessor Giuseppe Conte received around 90,000 euros gross as prime minister, giving up 20% of what he was entitled to.

Several previous Italian prime ministers, including Paolo Gentiloni in 2016-18 and Enrico Letta in 2013-14 did not receive a salary because, unlike Draghi, they were also lawmakers and Italian law forbids accumulating income from the two roles.

Mario Monti, who was prime minister in 2011-13, gave up the salary he was entitled to after he was named a life senator.

Draghi's tax return showed he owned or co-owned 10 houses or similar buildings, including one in London, and six areas of land.