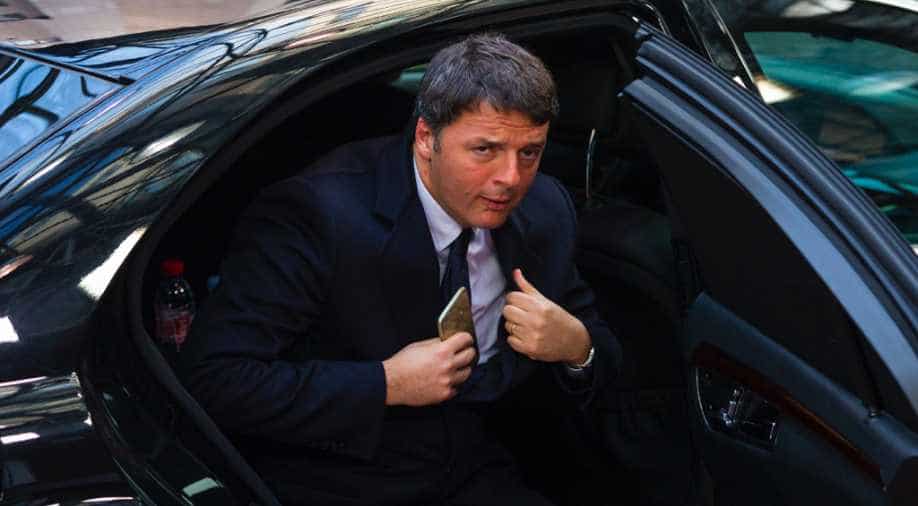 Renzi, who had vowed to resign if he lost the vote, was due to make a statement at his Palazzo Chigi official residence around midnight. Photograph:( Getty )

Polls for national broadcaster Rai and the La7 television channel both called the vote for the “No" camp by a margin of at least 54 per cent to 46 per cent for the Yes camp, and by an average of 56.7-43.3 per cent.

The projected result was in line with what opinion polls had been indicating up until November 18, after which the media were banned from publishing survey results.

Renzi, who had vowed to resign if he lost the vote, was due to make a statement at his Palazzo Chigi official residence around midnight.

The defeat and Renzi's likely departure will plunge Italy in a new phase of political uncertainty and possible economic turmoil.

Presuming Renzi does step down, President Sergio Mattarella will be charged with brokering the appointment of a new government to run Italy until the next general election, which has to take place by the spring of 2018.

The main opposition parties had all gone into the referendum insisting that there should be early elections if the referendum proposals to streamline Italy's parliament and transfer powers from the regions to the national government were defeated.