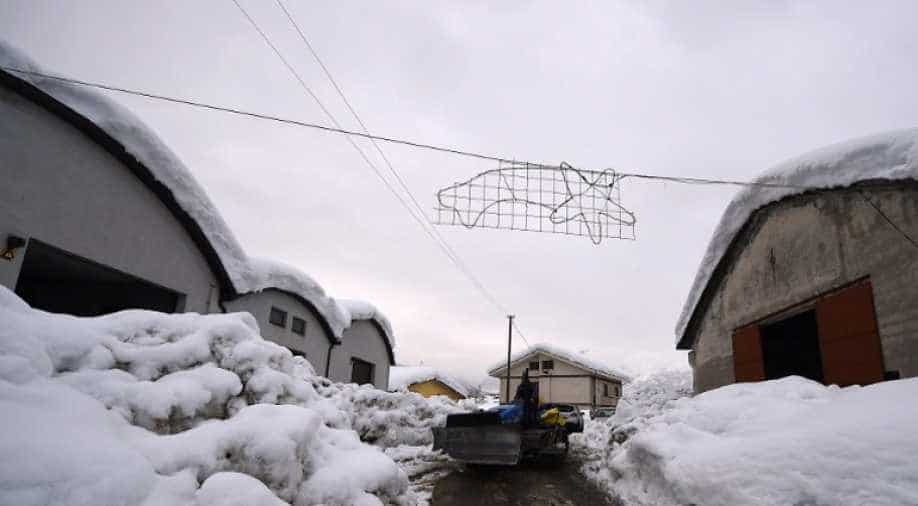 A snowplow clears a snow-covered road in Penne village, after an avalanche engulfed the mountain hotel Rigopiano in earthquake-ravaged central Italy. Photograph:( AFP )

A total of 10 survivors were found Friday in the ruins of an avalanche-hit hotel in central Italy, the national spokesman for the fire service said, clarifying earlier confused tallies.

The spokesman, Luca Cari, said two people, a mother and her son, had been pulled out and taken to hospital while the remaining eight were still under the rubble but had been located by rescuers.

More than 25 people, including children, were thought to have been in the hotel when it was hit by a massive wall of snow.

Updated estimates on Friday suggested the total could be as high as 34 -- some 20 or 22 guests, seven or eight staff and an unknown number of casual visitors to the four-star, three-storey hotel.

Most of the guests were in or around the hotel's entrance at the time the avalanche struck in the late afternoon on Wednesday. They had been waiting for transport to take them home following earthquakes in the region earlier in the day.

Two dead bodies have been removed from the ruins since the first rescuers reached the hotel in the early hours of Thursday.