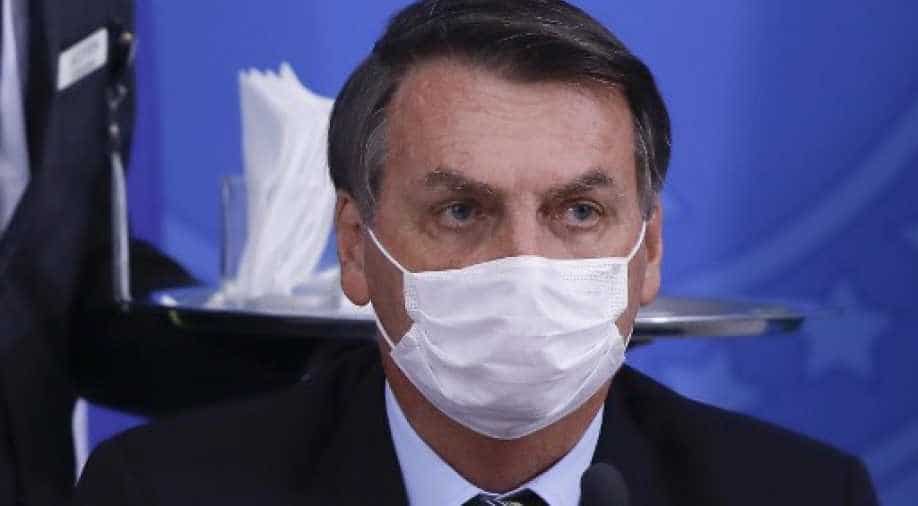 Brazil on Tuesday recorded over 3,000 COVID-19 deaths on a single day as the country's health services reached breaking point due to the pandemic.

The country's health ministry said 3,251 fatalities were recorded in 24 hours with the death toll in the country climbing to nearly 299,000 along with over 12.1 million coronavirus cases.

Amid the rising death toll, President Bolsonaro said: "I want to reassure the Brazilian people and inform them that the vaccines are guaranteed. By the end of the year we will have more than 500 million doses of vaccine to vaccinate the whole population."

The Brazilian president who was initially dismissive about the virus has expressed solidarity "with all those who have lost a loved one" as the country battles the virus.

In his address to the nation, Bolsonaro said "The virus has arrived, and it is being confronted by us and it will soon pass. Our life must go on, jobs should be kept, the livelihoods of families should be kept, we should return to normality."

"What has been shown in the world is that the at-risk group is people over 60 years of age. So why close schools?"

"We should exercise extreme precaution so as not to pass on the virus to others, especially to our dear parents and grandparents, in accordance to guidance from the health ministry. In my case in particular, due to my history of athleticism, to be infected with the virus would not necessarily concern me. It would not be felt or at the most it would be a little flu or being under the weather," Bolsonaro said during the address.