Israelis hold 'march of shame' against Netanyahu in Tel Aviv 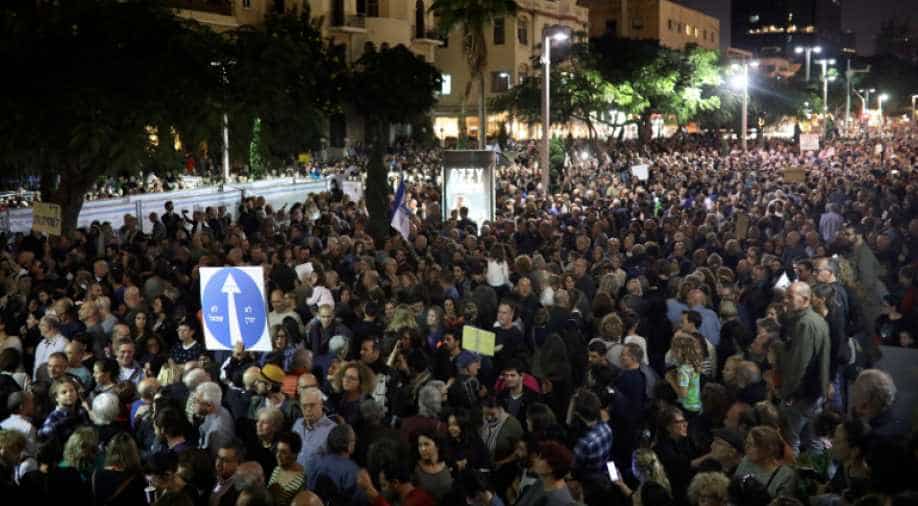 The march was organised by the leaders of the weekly anti-corruption demonstrations and people in large number participated in the protest. Photograph:( AFP )

Thousands of People held a rally against corruption and a new legislation in Tel Aviv on Saturday night.

People took out a "march of shame" in response to the government's police recommendations bill, which critics are believing to be aimed at shielding the corruption cases labelled against Prime Minister Benjamin Netanyahu.

Local Media reported that the bill will prevent Israel's police from making public their recommendations to indict following an investigation.

The march was organised by the leaders of the weekly anti-corruption demonstrations and people in large number participated in the protest.

Prime Minister Netanyahu is under the scanner in two cases. The first involves receiving gifts from wealthy businessmen and the second is negotiating a deal with a newspaper owner for better coverage in return for curbs on a rival daily.

Netanyahu has denied any wrongdoing. Similar protests were also held in Jerusalem and Haifa.