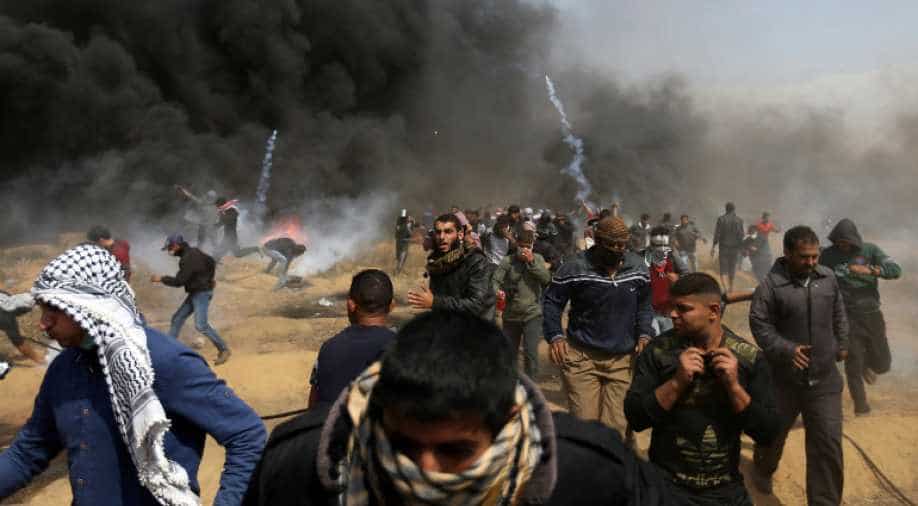 An Israeli tank fired at a Hamas position in northern Gaza on Wednesday, the army said, after militants in the Palestinian enclave shot at soldiers.

The exchange of fire east of Jabalia came after weeks of mass protests and clashes on the Gaza border, which peaked on Monday when some 60 Palestinians were killed by Israeli forces. Protests since then have dwindled.

In response to the gunfire, Israeli troops "targeted a military post belonging to the Hamas terror organisation with tank fire," the army said in a statement, noting no soldiers were wounded.

A Palestinian security source in Gaza confirmed the target was a Hamas observation point, saying the Israeli attack resulted in no injuries.

Palestinians have held demonstrations on the border since March 30 for what they call the right of return. Monday's protests were also against the move of the US embassy in Israel from Tel Aviv to Jerusalem.

During the war surrounding Israel's creation in 1948, more than 700,000 Palestinians fled or were expelled from their homes.

The protests have peaked on Fridays, with the numbers of demonstrators ranging from thousands to tens of thousands.

Small groups have approached the border fence, throwing stones, burning tyres and hurling Molotov cocktails. Some have tried to break through the fence.

Israel has faced international criticism over its use of live fire, but insists its actions are necessary to defend the border and stop mass infiltrations from the Palestinian enclave, which is run by Islamist movement Hamas.

Speaking at an army base near the Gaza border, Lieberman said the goal of Hamas was "to remove the siege (over Gaza) but not to build their economy or create coexistence," he said, referring to the Israeli blockade of the strip.

He argued their aims were rather "to smuggle arms, continue building their military force and create another upgraded Hezbollah model," referring to the armed Lebanese group.

Israel and militants in Gaza have fought three wars since 2008.