Israel slams US plan to reopen embassy in Jerusalem, calls it ‘bad idea’ 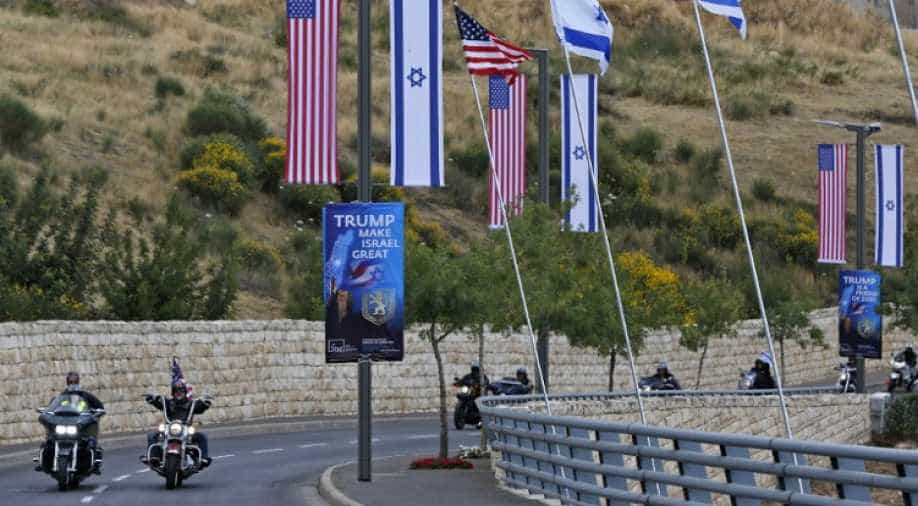 Israeli motorcycle club, Samson Riders, lead a convoy of Harley Davidson riders in the streets of Jerusalem as they ride from the current location of the American embassy in Tel Aviv towards the new location in Jerusalem. Photograph:( AFP )

Israel’s Foreign Minister Yair Lapid on Wednesday called the US plan to reopen its consulate in Jerusalem a “bad idea” and said the move could destabilise the fragile coalition government of Prime Minister Naftali Bennett.

“Jerusalem is the sovereign capital of Israel and Israel alone, and therefore we don't think it's a good idea, Lapid said. "We know that the (Biden) administration has a different way of looking at this, but sin

President Joe Biden had vowed to rebuild contacts with the Palestinians and reopen the consulate.

The consulate has been closed since 2019 after the erstwhile Trump administration had signalled support for Israel's claim on Jerusalem as its capital by moving the US embassy there from Tel Aviv.

It was among the several moves that drew the ire of the Palestinians, who want East Jerusalem as the capital of their future state.

Israel considers all of Jerusalem a part of its undivided capital, which is yet to get recognition globally.