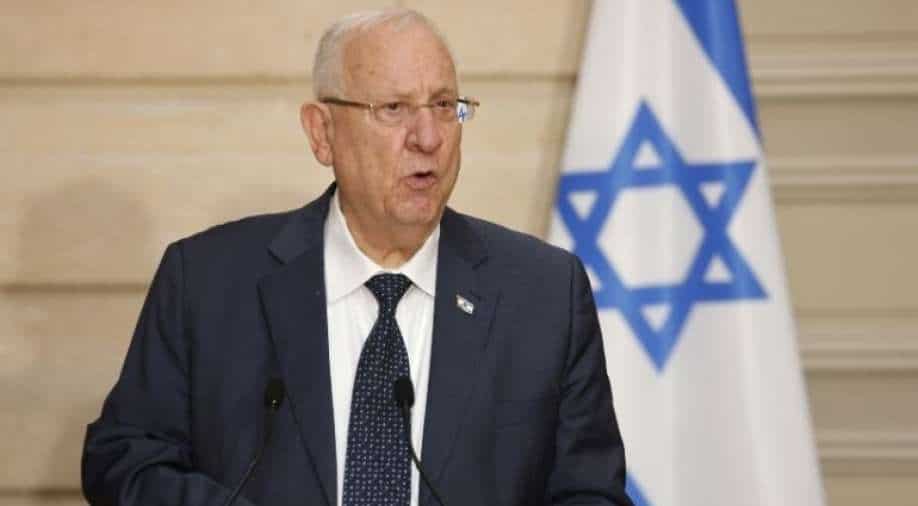 Under the law, Netanyahu will have 28 days to do so, with the possibility of a two-week extension before President Reuven Rivlin picks another candidate or asks parliament to choose one

Israel's President Reuven Rivlin nominated Prime Minister Benjamin Netanyahu on Tuesday to try to form a government after the latest inconclusive election, but voiced doubt that any lawmaker can forge a parliamentary majority.

The country's longest-serving leader, in power consecutively since 2009, now faces the tough challenge of enlisting enough allies for a governing coalition.

Under the law, Netanyahu will have 28 days to do so, with the possibility of a two-week extension before President Reuven Rivlin picks another candidate or asks parliament to choose one. Continued deadlock could ultimately result in a new election.

On Monday, President Reuvin Rivlin held the traditional round of consultations that follow each Israeli election, seeking recommendations from party representatives on who they want to form a government.

Rivlin said his consultations, "lead me to believe that no candidate has a realistic chance of forming a government that will have the confidence of the Knesset."

He noted that he was legally bound to make the nomination nonetheless.

Israel's election on March 23, its fourth in two years, ended with neither a Netanyahu-led right-wing and religious bloc nor a prospective alliance of his opponents capturing a parliamentary majority.

In consultations Rivlin held with political parties on Monday on granting the coalition-building mandate, Netanyahu received more endorsements than his challengers, but was still short of a majority in the legislature.

In his televised remarks, Rivlin said that under Israeli law, Netanyahu, as the current prime minister, was not disqualified from being assigned the task despite his indictment on corruption charges.

Rivlin made the announcement as Netanyahu's trial entered its second day in a Jerusalem courthouse.

Charged with bribery, breach of trust and fraud, Netanyahu has denied any wrongdoing, accusing the prosecution of an "attempted coup" aimed at ousting a "strong, right-wing prime minister".

"The president fulfilled his duty and he had no choice, but granting Netanyahu the mandate is a shameful stain on Israel," Netanyahu's strongest rival, centrist politician Yair Lapid, said.

Netanyahu, backed by 52 of parliament's 120 members, has tried to break the stalemate by urging two right-wing rivals - former defence chief Naftali Bennett and veteran politician Gideon Saar - to join him in a conservative government.

Bennett, who heads the Yamina party, has been non-committal. Saar, leader of the New Horizon faction, has publicly ruled out serving under Netanyahu, saying a change in national leadership was imperative.

Lapid, who heads the Yesh Atid party, said on Monday he had proposed a coalition deal to Bennett. Under the arrangement, Bennett would serve first as prime minister and then Lapid would take over.

Bennett made no immediate comment about Lapid's offer. Political commentators said such a deal might also pave the way for Saar to join Lapid, with the prospect of Bennett, a fellow conservative, at the helm.

If Netanyahu fails to form a majority government within his negotiating window, Rivlin will likely turn to Lapid.

If neither Netanyahu nor his rivals manage to form a government, voters could be asked to return to the polls for a fifth election in barely two years.